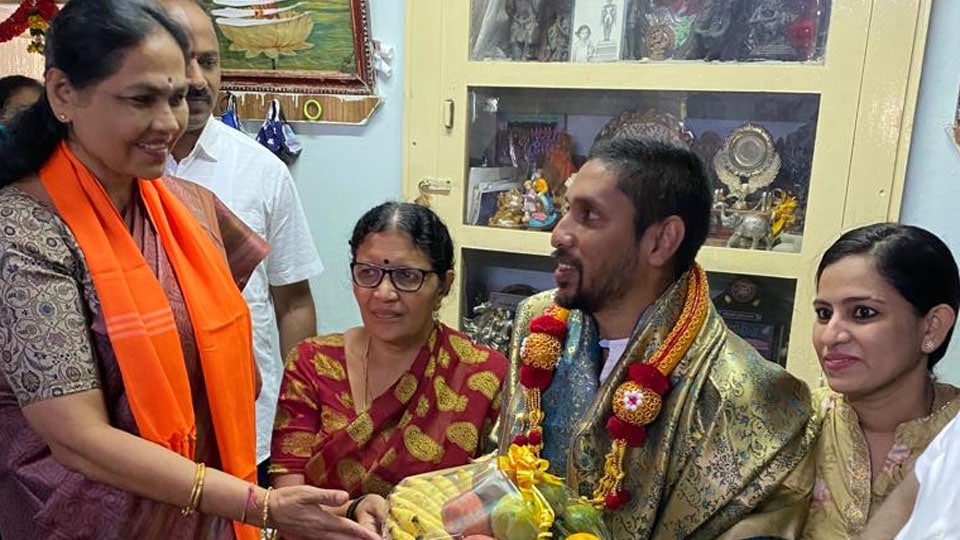 Mysore/Mysuru: A sculptor training centre on the lines of Kala Grama (Art Village) in Bengaluru will be established in Mysuru and efforts would be made to convince the State Government in this regard, said Minister of State for Agriculture and Farmers’ Welfare Shobha Karandlaje. She was speaking after felicitating sculptor Arun Yogiraj in the city last evening.

Yogiraj had carved the 12-feet 3D statue of Adi Guru Shankaracharya in sitting posture which was unveiled by Prime Minister Narendra Modi recently at the Kedarnath Temple in Rudraprayag district of Uttarakhand.

Complimenting Arun Yogiraj for this feat, the Minister said that the sculptor had drawn the attention of the entire nation towards Mysuru through his exquisite art work. “It is a matter of pride and as per Arun’s request, a Kala Grama-like training centre would be established in Mysuru for art to reach more and more people. I will discuss the matter with authorities and also extend my support. Such a training centre would produce more artists who will keep the country’s heritage alive,” she opined.

Idols of many temples have been destroyed and in the future, efforts will be made to restore such statues with the help of Arun, she added. City BJP President T.S. Srivatsa, B.P. Manjunath, Somasundar and others were present.