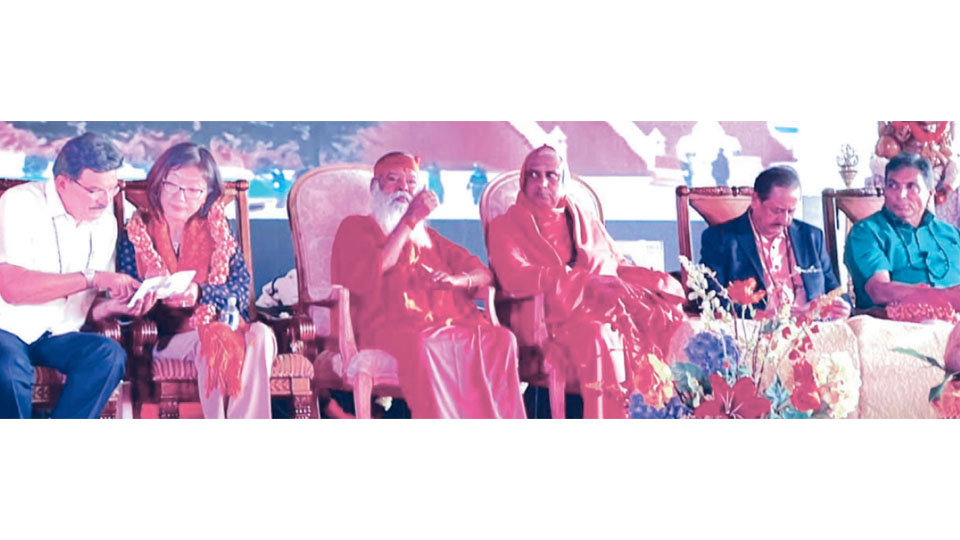 Speaking on the occasion, Sri Shivarathri Deshikendra Swamiji stressed on the need for people to imbibe spirituality amidst their materialistic life.

Pointing out that the temple is being built to meet the aspirations of Indian origin people settled in USA, the Seer hoped that the temple will further spread the essence of spiritualism and Indian culture.

Avadhoota Datta Peetham’s Sri Ganapathy Sachchidananda Swamiji said that everyone should know about the essence of spiritualism and  activities of the JSS Spiritual Mission in USA.

Pointing out that India is celebrating its 75th year of independence, he said that the temple will further spread the fragrance of spiritualism and devotion.