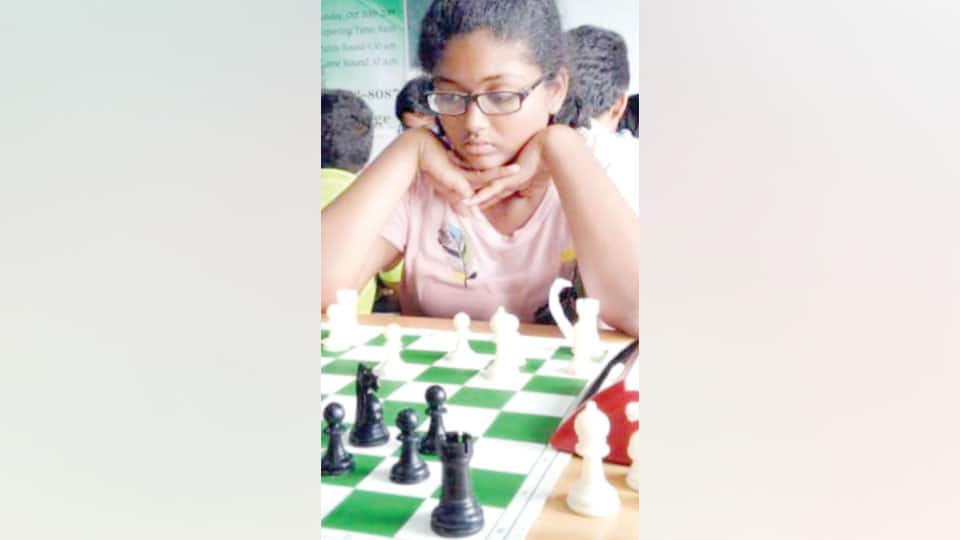 M.N. Eshanvi, a 7th standard student of Excel Public School in city, has won first place in Karnataka State Schools Chess Championship in U-12 category held at Dwaraka auditorium on Nov.16 and is now selected for National-level which will be held on Nov.27 at Aurangabad. This is second time that she has bagged this Championship.

Having started learning chess at Mysore Chess Centre at the age of five, she has played many State and Rated Tournaments.