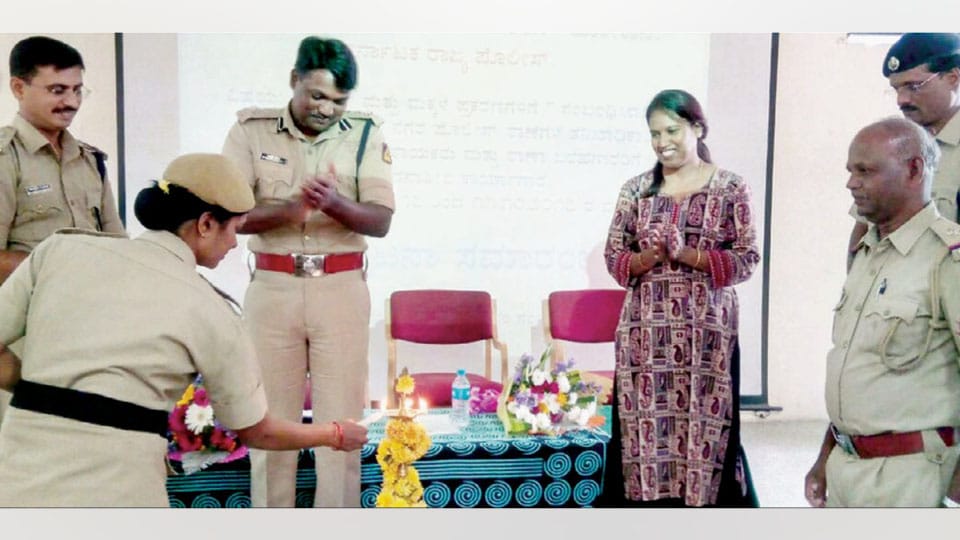 Mysuru: The Police Department had organised a sensitisation workshop for Police personnel on ‘Prevention of atrocities against women and children’ at V.V. Puram Traffic Police Station here on Monday.

women and children and the number of children going missing, said that the Police personnel should visit educational institutions located in their jurisdiction and gather information. By doing so, the Police  should try to drive away the fear of Police among children.

Asking the Policemen to be friendly with children, he said that such a behaviour would  help the Police to understand children better.

Explaining the measures to be taken for prevention of atrocities against women, the Police Commissioner instructed the Police to give a patient hearing to women complainants and address  their problem.

He further directed the Police to be sensitive to women and children grievances and chalk out plans to address them in the most appropriate manner.