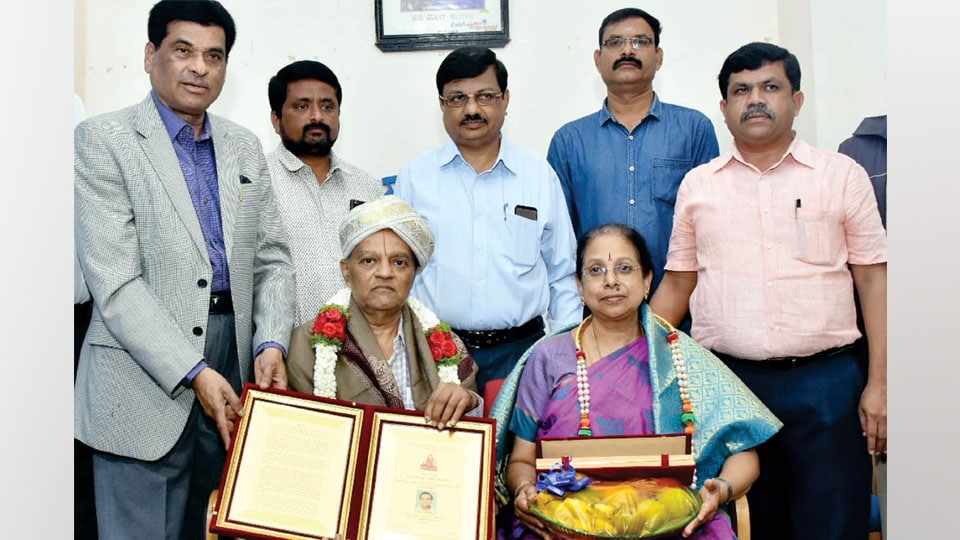 Speaking on the occasion, JSS Mahavidyapeetha Secretary Prof. S.P. Manjunath said that at a time when readership for Kannada newspapers was declining Sudharma, the world’s only Sanskrit language newspaper published from Karnataka, has managed to get 1.5 lakh online subscription on the whole.

Receiving the award, Sampath Kumar spoke about the journey of Sudharma over for the past 50 years and how his father Pt. K.N. Varadaraja Iyengar had brought various resources together to start a Sanskrit daily newspaper.

He also remembered the then State Government accepting the request of his father to air Sanskrit news in Akashvani which was still in practise.

Stating that many foreigners had shown interest in studying Sanskrit, Sampath Kumar urged the Indian students to study the subject with an aim to enhance their knowledge and not restrict it to a mere scoring subject.

The award carried a cash prize of Rs. 10,000 along with a citation and a shawl. Indian Science Congress General President Prof. K.S. Rangappa, ATI Joint Director B.V. Bhagyalakshmi, MDJA President C.K. Mahendra and others were present.