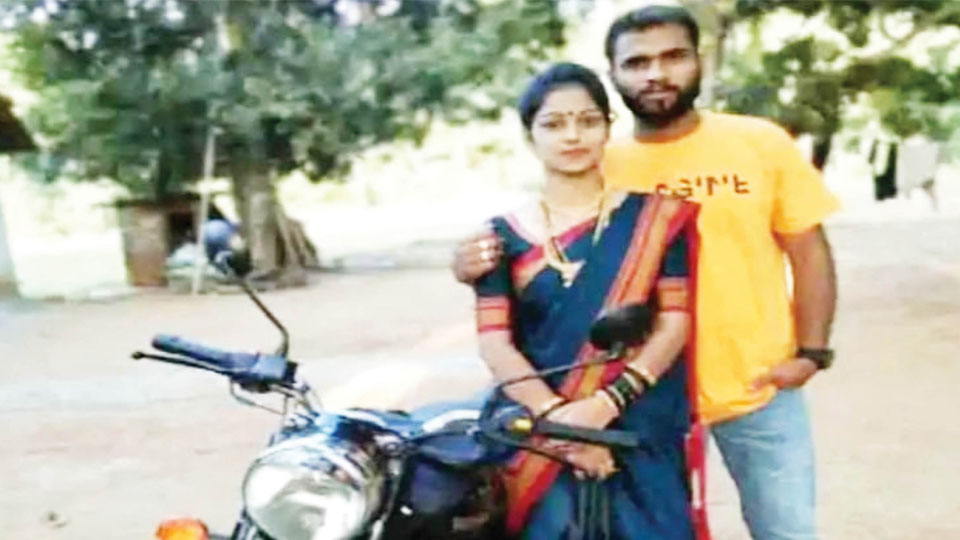 Madikeri: A Forest Guard, shocked over his wife committing suicide by hanging herself, followed her by ending his life moments later. The incident took place at Birunani in South Kodagu on Sunday.

The deceased are Shilpa (22) and her husband Yuvaraj (25). A native of Shivamogga, Yuvaraj had married Shilpa 10 months ago. He was working as a Forest Guard at Srimangala Wildlife Division and was residing in a rented house at Birunani.

On Sunday evening, Yuvaraj, who returned home from work, found that his wife had committed suicide by hanging herself in the bathroom of the house using her veil. Yuvaraj, who informed the incident to his house owner Sathya, brought the body of his wife down with the help of Sathya. He later informed the matter to his relatives over the phone and later hanged himself in the bathroom using the same veil.

The reason for the couple to take the extreme step is not known. Srimangala Police have registered a case. Kodagu Wildlife ACF Dayanand and Srimangala RFO Veerendra Maribasannanavar visited the house of deceased Yuvaraj.