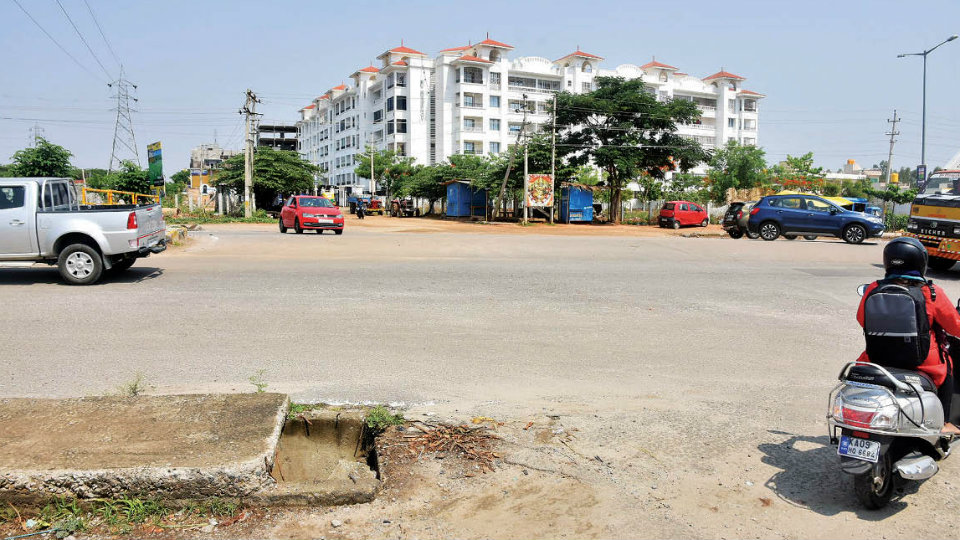 Mysuru:  In an act of self-defense, Vijayanagar  Police Inspector shot a member of a Mumbai-based gang when he reportedly tried to snatch the pistol of the Inspector and shoot at him.

This incident took place on the Ring Road near the ‘Apartment’ in Hinkal here at about 9.30 am today. The gangster later died at K.R. Hospital where he was shifted for treatment.

Details: According to sources, Vijayanagar Inspector B.G. Kumar received information from a Police informant that four members of a Mumbai-based gang were involved in money-exchange racket (demonetised currencies to genuine ones) on Hinkal Ring Road this morning. 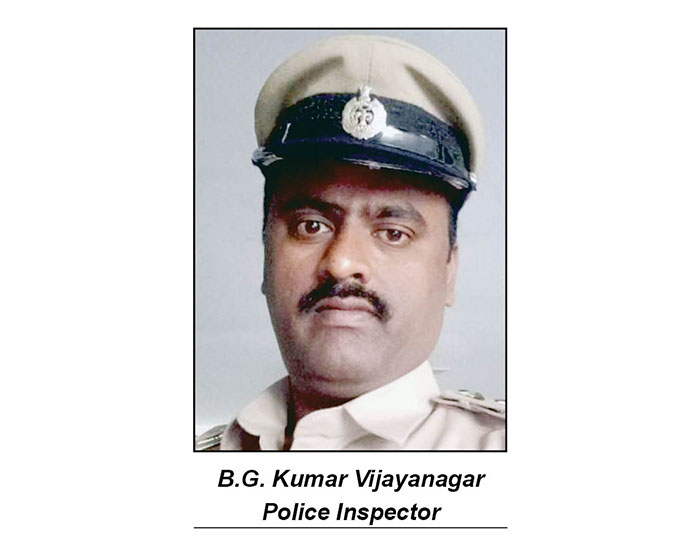 The cornered gangster, about 7.5 ft. tall, well-built, with tattoo running from his shoulder to the arm and aged between 35 and 40 years, tried to snatch the pistol of the Inspector. But when the Inspector pushed his (gangster) hand away, the gangster removed the pistol he was having and aimed at the Inspector to shoot. But in a split second, the Inspector drew his pistol from the holster and shot the gangster leaving him seriously injured. Police personnel seen outside the Casualty Section at K.R. Hospital where the body of the gangster is lying

The Inspector then informed the higher authorities and asked for back-up besides summoning an ambulance. The injured gangster was then shifted to the Casualty Section of K.R. Hospital with Police security. But the gangster reportedly breathed his last while being examined by the doctors.

IGP Umesh Kumar, City Police Commissioner K.T. Balakrishna, in-Charge SP Dharmendra Kumar Meena, State Intelligence SP B.T. Kavitha, DCP M. Muthuraj and Inspectors of all Police Stations in city rushed to K.R. Hospital, where the body of the gangster is lying. The City Top Cop, who addressed the waiting media persons at the Hospital premises, briefed about the shoot-out incident. He said that one Toyota ETIOS car has been seized and all check-posts in city surroundings have been informed to keep a watch.

The body of the gangster was shifted to MMC&RI mortuary.

It may be recalled that on Oct.26, 2006, Vijayanagar Police, led by the then DCP K.T. Balakrishna, acting on a tip-off, had intercepted moped-borne terrorists Fahad and Mohammed Ali Hussain off the Outer Ring Road in Vijayanagar II Stage in city. But the two opened fire on the Police forcing them to retaliate by firing at them. 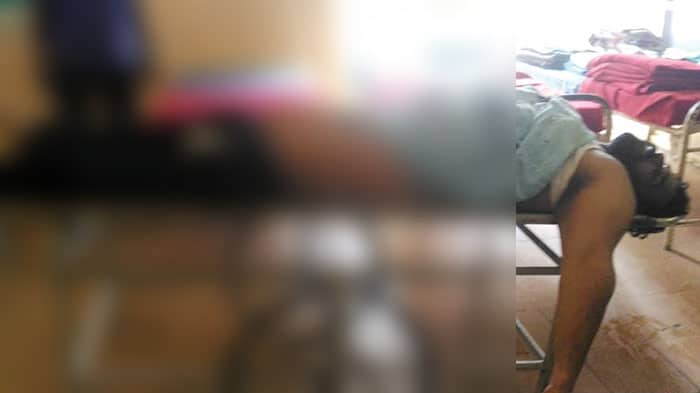 the body of the Mumbai-based gangster on the stretcher

As the Police retaliated, they abandoned the moped and tried to flee, but were chased and caught by the Police team. In the melee, two Constables were injured.

Since then, there was no shoot-out incidents in city and this incident has come as a shock to peace-loving Mysureans close on the heels of ADGP (Crime) Dr. M.A. Saleem holding a crime review meeting with SPs and other Police Officers in city yesterday. 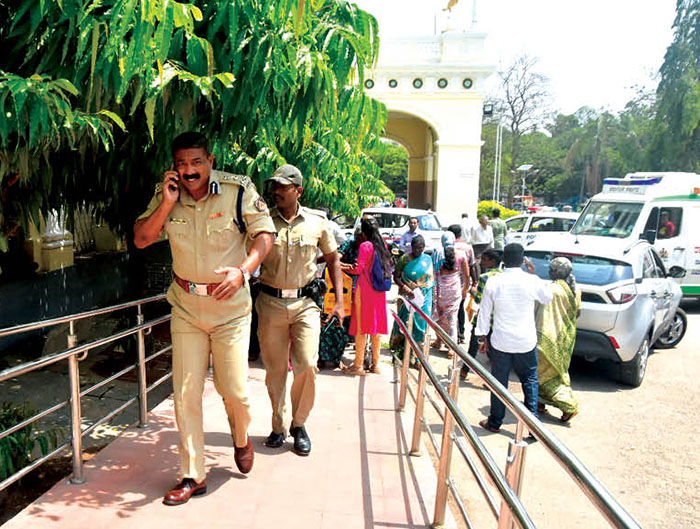 City Police Commissioner K.T. Balakrishna, who rushed to K.R. Hospital, briefing his
higher-ups over the phone about the shoot-out incident.

Following today’s incident, it has come to light that money-exchanging racket is active in city with the involvement of Mumbai gangsters. 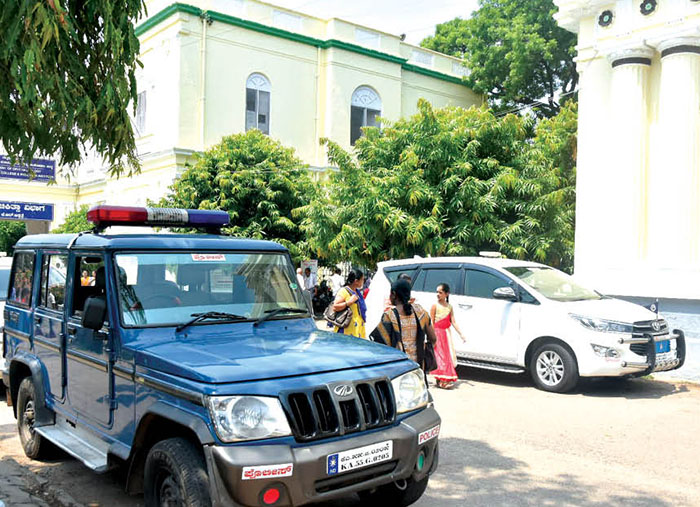 3 COMMENTS ON THIS POST To “Shoot-Out: Mumbai gangster killed”