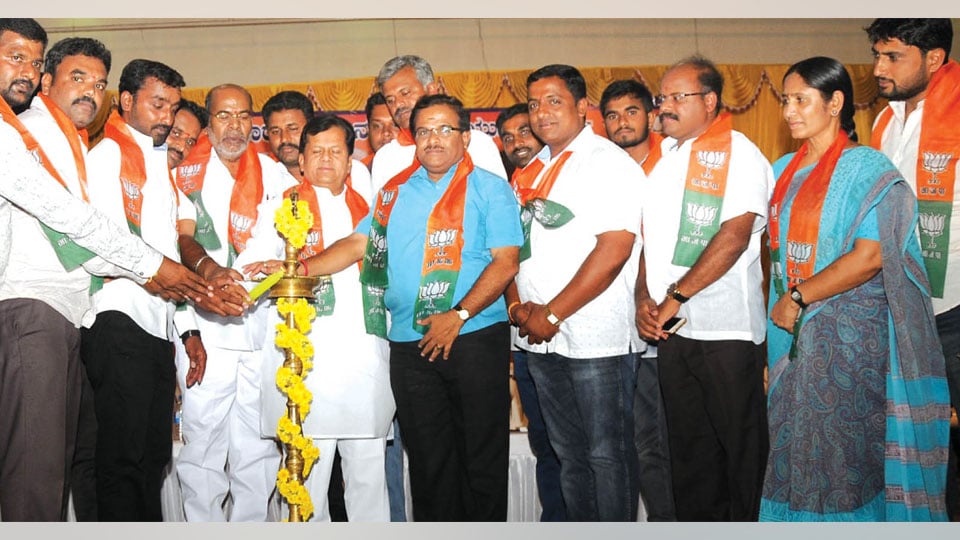 Siddharamaiah lacking in confidence of victory in Chamundeshwari: BJP leader

Mysuru: Claiming that Chief Minister Siddharamaiah lacks confidence in winning from any one Assembly segment in the State, BJP leader N.V. Phanish has said that the CM is still looking for a safer constituency.

Addressing a ‘Yuva Shakti Samavesha’ organised by BJP District Yuva Morcha at Rajendra Kalamandira in Agrahara here yesterday, Phanish maintained that Siddharamaiah is looking for a safer constituency from among Chamundeshwari, Varuna, Kushtagi and other constituencies.

Stating that the CM’s close confidant Dr.H.C. Mahadevappa too is staring at defeat, Phanish alleged that the Congress was planning to spend crores of money which it had acquired through massive corruption in each Assembly segment of the State.

Calling upon BJP workers to make the State Congress-free (Congress Mukt Karnataka), he said that the party workers must put in their best to ensure a massive victory in the Assembly polls.

Giving a clarion call to root out the Congress Government, he asked the party workers to strengthen the party from the booth-level itself.