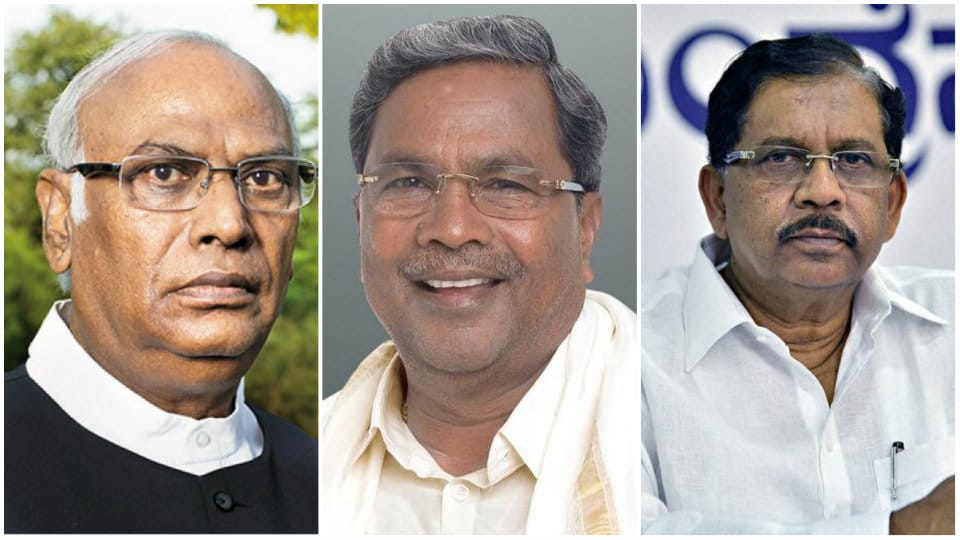 Siddharamaiah to contest from Chamundeshwari and Badami

Bengaluru:  Faced with a formidable challenge in his home turf Chamundeshwari, Chief Minister Siddharamaiah is said to have decided to contest from Badami in Bagalkot District, considered a ‘safe constituency.’ Badami has a large number of Kuruba community voters, the caste to which Siddharamaiah belongs.

Siddharamaiah held a meeting with sitting Badami MLA B.B. Chimmanakatti yesterday and persuaded him to vacate the constituency for him. Chimmanakatti, who was reluctant to part with the constituency, was reportedly assured of a nomination to the Upper House in the event of the party returning to power. Karnataka Pradesh Congress Committee (KPCC) Working President S R Patil, too, was present at the meeting.

Party sources said a section of Congress leaders, including Mallikarjun Kharge, is opposing the idea of the CM contesting from two constituencies, stating it would send a wrong signal before the elections.

Kharge feels that contesting from a second seat may send a wrong signal to voters in Mysuru region who may see it as a weakening of his hold. However, the Congress claimed that North Karnataka Congress leaders voluntarily met Siddharamaiah and urged him to contest from Badami, as it would help the party in the region.

CM, Parameshwara to contest only one seat

Reports from New Delhi that has been published in a section of press today, however, said that the Congress High Command has shot down the proposal of Siddharamaiah and KPCC President Dr. G. Parameshwara to contest from two seats. The party has decided to reject all proposals and will give an opportunity to other leaders to contest.

Sources said that the party High Command has conveyed to Siddharamaiah that he can choose either Chamundeshwari or Badami. The CM believes that contesting from Chamundeshwari would also help his son, a political greenhorn, to win the elections.

The party feels that if it allows Siddharamaiah to contest from two seats, it will have to oblige Parameshwara too. And if it allows both these leaders, others will also start making similar demands. Besides, allowing top leaders to contest from two seats will give ammunition to political opponents to attack the ruling party saying that their leaders are on the back-foot in the elections, the party feels.