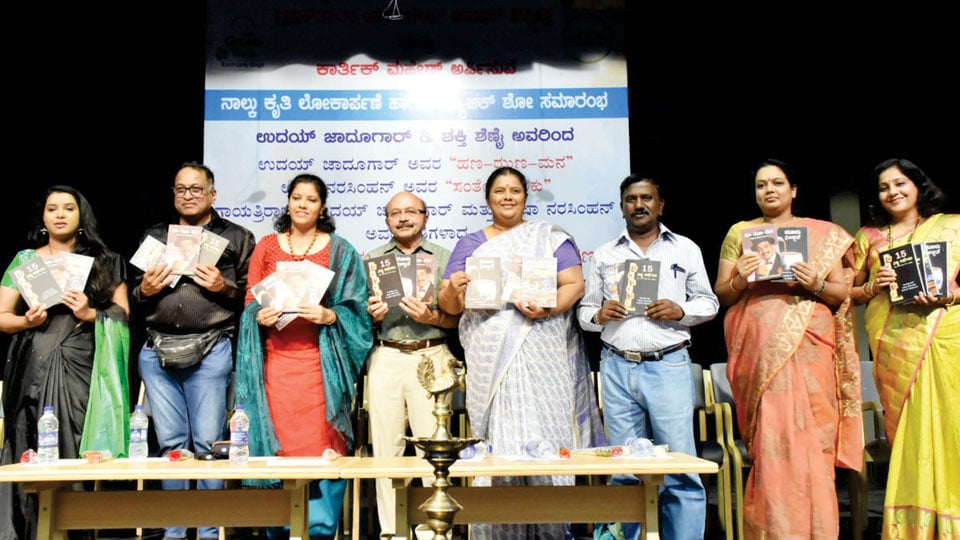 Significant increase in number of pro-women literature during lockdown

Mysore/Mysuru: Filmmaker and writer Sumana Kittur opined that there had been a significant increase in number of books written during the lockdown period, in particular about women.

She was speaking at a book release and magic show programme organised by Green Tara Earth Save Cotton Bags and Kartik Mahesh, held at RamaGovinda Rangamandira in Ramakrishnanagar here on Monday.

“I thought the lockdown had badly affected the literary field, but later when I discussed this with senior writer Prof. Siddaramaiah, he told the real truth. In fact, there had been significant increase in number of books written during the lockdown period, in particular about women, which I think is really amazing. All those books are now being published, in the post-lockdown period, through various publishers,” Sumana Kittur said.

A total of four books including ‘Hana-Jhanha-Mana’ penned by magician Uday Jadugar, ‘Santeya Saraku’ by Usha Narasimhan, a prose narrative by Gayatriraj and others as well as a collection of 15 short stories, were released on this occasion.