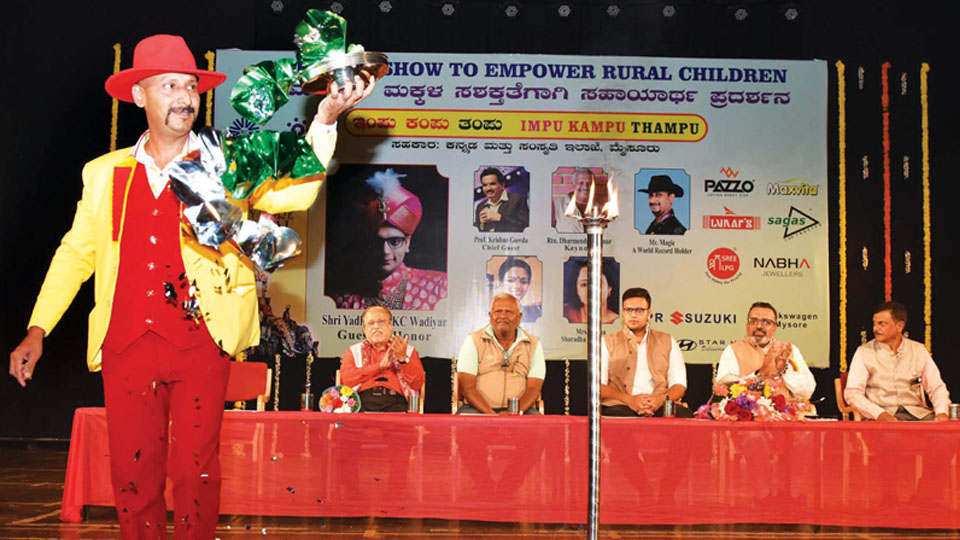 Mysore/Mysuru: Culture promoter Rtn. Dharmendra Kumar said that everyone should always remember the invaluable contributions of Nalwadi Krishnaraja Wadiyar for the development of the city and the State.

He was speaking at ‘Impu-Kampu-Tampu,’ a Charity Show to empower rural children, organised jointly by Rotary Mysore Royal and Kannada & Culture Department at Kalamandira here yesterday.

Pointing out that the establishment of University of Mysore, the first one in the State, Bengaluru’s Minto Eye Hospital, PKTB Sanatorium at Mysuru and State Bank of Mysore (popularly known as Mysore Bank) must be credited to Nalwadi, Dharmendra Kumar said that Nalwadi took great pains for promoting agriculture, education, Co-operative Societies and the like.

Pointing out that Nalwadi must be credited for imparting education to all classes at an affordable cost, he said Nalwadi’s initiatives helped women to access higher education.

Continuing, Dharmendra Kumar recalled that it was Sir Mirza Ismail’s grandfather who built the structure now known as Raj Bhavan in Bengaluru. He said that the formation of areas such as Lakshmipuram, Chamarajapuram and Ashokapuram was also due to the efforts of Mirza Ismail.