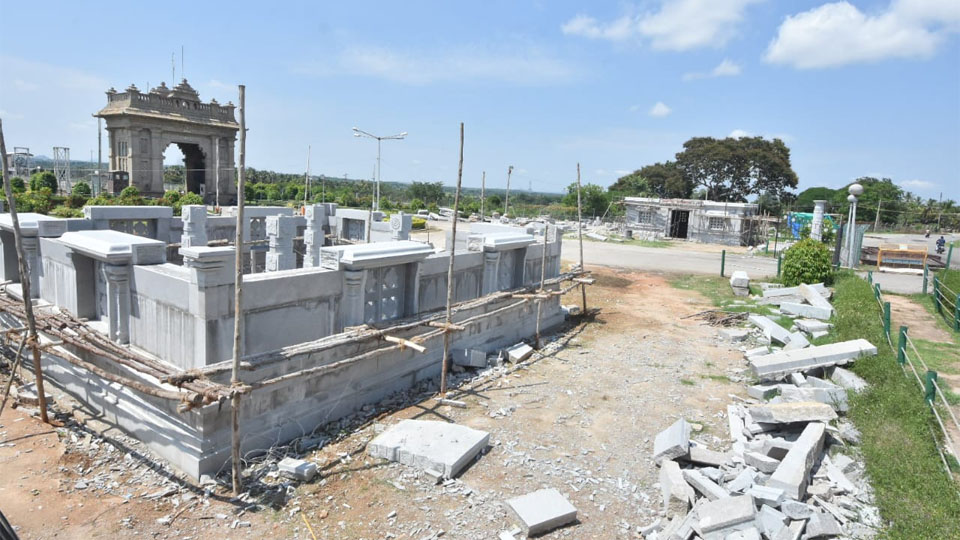 Announcing this at a press meet at Mandya on Saturday, Prof. Nanjaraj Urs said that the delegation will demand the Chief Minister to install only Nalwadi’s statue in KRS.

Maintaining that Sir MV served as the Chief Engineer of the Dam for only a year (1911-12), he said that seven other Chief Engineers succeeded him until the Dam was completed in 1932.

Stating that Nalwadi sacrificed a lot for the construction of the Dam, Prof. Urs said that although there is no doubt that Visvesvaraya was a great Engineer who was awarded ‘Bharat Ratna,’ it was not right to install the statue of an Engineer (Sir MV) who was also a Dewan of Mysore, next to that of Nalwadi.

Claiming that Visvesvaraya quit as Dewan of Mysore in 1918 in protest against Nalwadi’s decision to constitute Miller Commission with an aim of providing reservation to Backward Classes, he asserted that installation of Visvesvaraya statue alongside that of Nalwadi would be a historical blunder.

Criticising the stand of Water Resources Minister Ramesh Jarkiholi, he reiterated that the Government must install only Nalwadi’s statue and none others.

Prof. Urs further said that a much bigger statue of Visvesvaraya can be built elsewhere and warned the Government of a massive Statewide protest if the Government went ahead with its plan of side by side installation of the statues of Nalwadi and Sir MV.