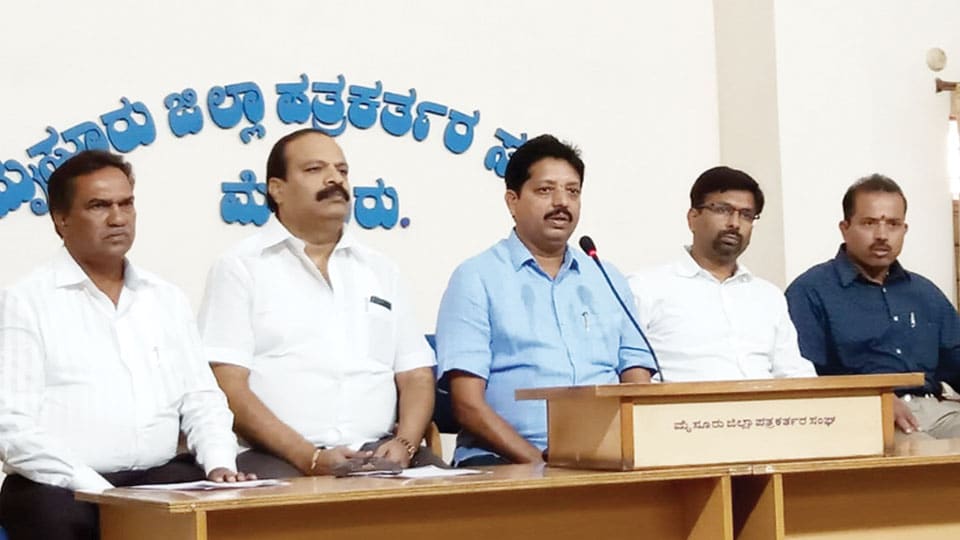 Many hotels may soon find other uses for properties

‘Hotel for sale with furniture’ will be a new reality, say harried city hoteliers

Mysore/Mysuru: Many hotels in Mysuru want to shut shop after the COVID-19 outbreak-induced slowdown hit business hard. Hoteliers who have own properties want to use the assets for some other business now as they do not see survival in hospitality. Some of them are already in talks with consultancy firms to make the best use of their properties.

Hotel owners across the city, facing bleak prospects or weighed down by debt, are considering shutting down their hotels and getting the land-use arrangements changed so that they can switch to other businesses like residential services, office spaces or even retail stores.

Despite the Government allowing the hospitality industry to function, business has not even taken off and it has been more than seven days and hotels are yet to register 10 to 15 percent of the footfall that existed before lockdown, said Mysuru Hotel Owners Association President C. Narayanagowda. ‘Star of Mysore’ spoke to a couple of hoteliers who said that people are not coming out to eat and despite safety arrangements at their hotels, there is only a minimum footfall all day.

Narayanagowda said that over 500 hotels and lodges in Mysuru are still shut. “Only 30 percent of the hotels in Mysuru are open and even those who are open are complaining that business is just a trickle. There are over 1,500 hotels and restaurants in Mysuru and there are over 400 lodge-cum-restaurants. All those who have opened on June 8 were hoping at least a decent dine-in crowd and an improved parcel service. But our hopes are dashed as there are not many takers,” he said.

READ ALSO  War Room, COVID Mitra of no help for this ASHA worker

Many small and medium hotels and restaurants have either started shutting down, or are on the brink of doing so as the lockdown and several restrictions on hospitality industry have depleted their cash reserves. Many hotels are so desperate for customers and business that they are posting their menu cards on social media.

Ramesh Bopaiah of Bopy’s Restaurant near Hinkal told ‘SOM’ that he fails to understand the logic of the Government that has put many restrictions on hotels while allowing street food. “Many roadside eateries function in most unhygienic manner. There are absolutely no restrictions like maintaining cleanliness and social distancing. On the other hand, 45 conditions have been imposed on the hotel industry. How are we supposed to operate,” he asked.

“Expenses are piling up and there are no customers to balance the situation. Most companies have moved to video-conferencing to ensure social distancing. As a result, people are not travelling for person-to-person meetings. Also, people are scared to come out and eat. False and baseless reports in social and electronic media too have added to the mess,” said Somaiah of Green Food Court, Vijayanagar.

“About 50 percent of restaurants and hotels will be shut down in the near term in the current situation and nearly 60 percent of the workforce are migrant labourers who fled to their native States, adding further stress. More than 20,000 hotel workers in Mysuru have lost their jobs. Before lockdown, hotels and restaurants used to make business worth over Rs. 20 lakh a month and now it will be less than Rs. 2 lakh a month,” Narayanagowda added and said in the coming days, hotel for sale with furniture will be a new reality.