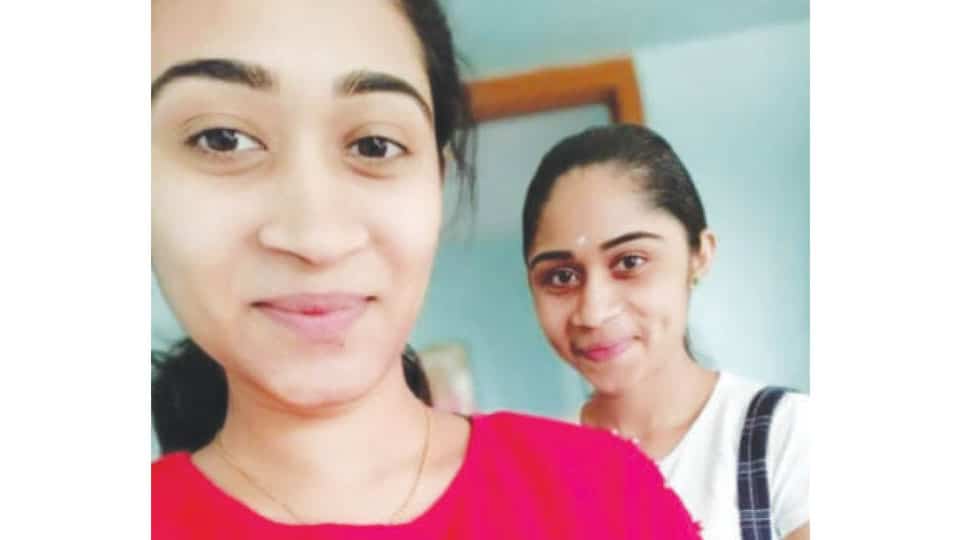 Sisters commit suicide for not allowing them to visit grandmother

Madikeri: A 20-year-old girl and her 18-year-old sister reportedly committed suicide by jumping into a lake near their house after they were not allowed to visit their grandmother. The incident took place at B. Shettigeri in South Kodagu on Sunday morning.

The deceased sisters are Nikhita Damayanti and Harshitha Bhavana, daughters of Namera Udaya Uttappa of B. Shettigeri. While Nikhita was pursuing her Engineering course at Halligattu Engineering College, Harshitha was a 1st year degree student at a college in Virajpet.

Gonikoppa Police, who rushed to the spot, fished out the bodies from the lake and shifted it to Gonikoppa Government Hospital, where post-mortem was conducted.

Udaya Uttappa told the Police that his daughters committed suicide by jumping into the lake after they were refused permission to attend a programme at their grandmother’s house. Based on the complaint, Gonikoppa Police, who have registered a case, are investigating.