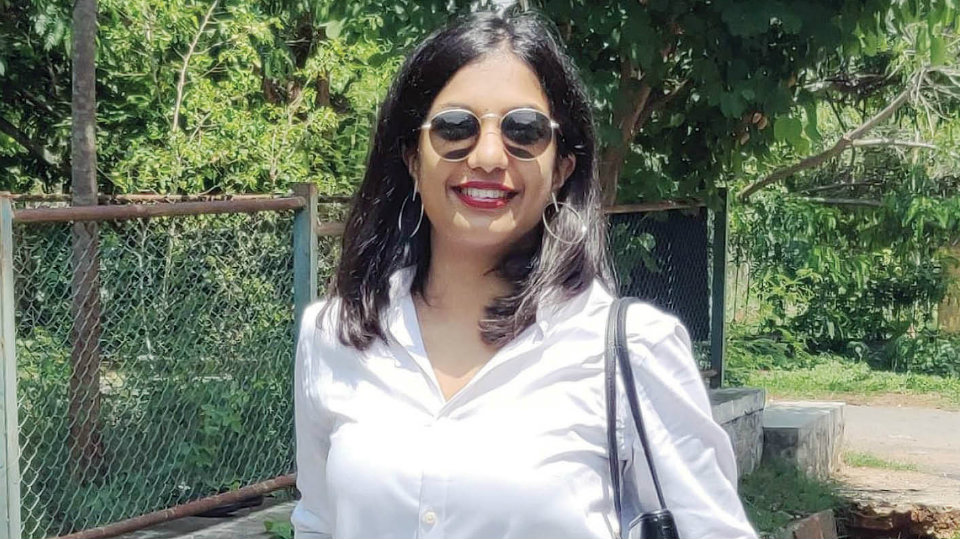 Mysore/Mysuru: Everyone has some or the other ambition or dream to achieve when they are in college but very few of them live their dreams or choose the career they wished. Mysuru-based Coluvanda Punya Nanjappa has achieved her childhood dream or call it passion to be a fighter jet pilot.

She has been selected for the training and once she completes it, she will be a fighter pilot, a rare distinction for a woman who has her roots in Kodagu, a land of defence personnel. Though the district has achieved the fame of producing a Field Marshal, a General and innumerable Lieutenant Generals, Brigadiers and Majors in the Indian Army and their equal ranks in the Navy and the Air Force, it is for the first time a woman fighter pilot is emerging from the tiny district.

In fact, she will be the only second woman from Karnataka to be a fighter jet pilot after Meghana Shanbough from Chikkamagalur and is the lone woman in her ongoing training course where there are 40 future fighter pilots.

The training stages are vivid and is a combination of adventure, skill and deft manoeuvring. They will be trained to engage in air-to-air combat, air-to-ground combat and sometimes electronic warfare while in the cockpit of a fighter aircraft. Fighter pilots undergo specialised training in aerial warfare and dogfighting (close range aerial combat).

After Stage-II, Punya will be commissioned as an officer to undergo Stage-III training. She is likely to be commissioned as an officer in the next passing out parade in December. Punya has always wanted to join the fighter pilot stream and her childhood dream has been realised. A resident of Vijayanagar in city, Punya was selected as a Trainee Pilot of IAF Flying Branch last year.

She is the daughter of Anuradha Nanjappa (a teacher at St. Joseph’s Central School) and late Coluvanda P. Bala Nanjappa (he was serving as the Manager of Prabha Theatre), native of Chambebellur in Virajpet taluk of Kodagu district.