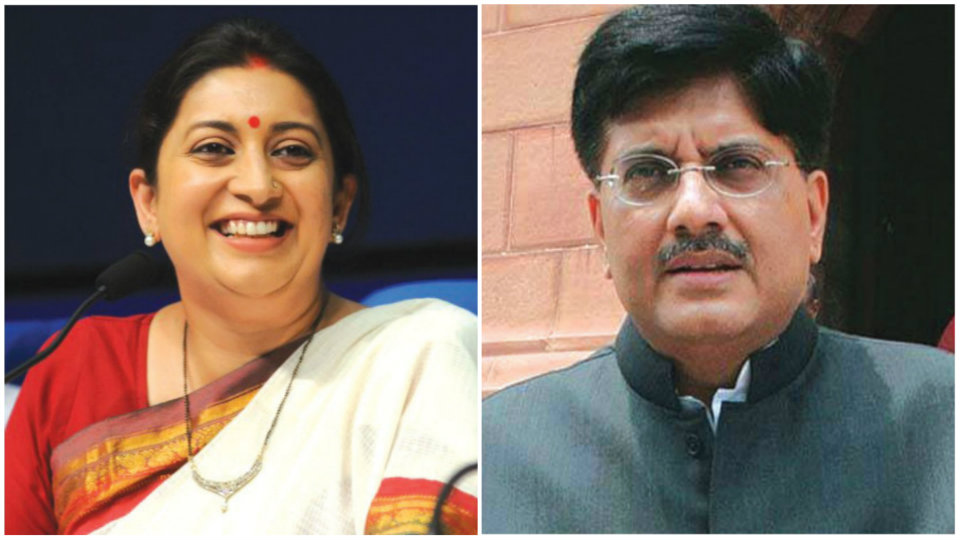 New Delhi: Union Minister Smriti Irani was moved out of the crucial Information and Broadcasting Ministry last evening as part of a small but important reshuffle of the Narendra Modi Cabinet. The portfolio will now be handled by Rajyavardhan Rathore, who was the junior Minister in the Department, with independent charge.

Smriti Irani was given the vital Information and Broadcasting portfolio as an additional charge last July, when Venkaiah Naidu resigned after emerging as the NDA’s pick for the post of the Vice-President. She will retain charge of the Textiles Ministry, which she has been handling since July 2016.

This is the second time Irani is being moved out of a key Ministry. The 42-year-old, who started as the Human Resource Development Minister in Prime Minister Narendra Modi’s Cabinet, was transferred to the Textiles Ministry, seen as a less glamorous assignment, after two years.

The transfer came after several controversies during her tenure, including anger across campuses after Dalit student Rohith Vemula killed himself in Hyderabad after alleging persecution by University officials over his caste.

Smriti Irani’s 10-month tenure in the Information and Broadcasting Ministry was marked by a major controversy in March over a proposed rule that envisaged severe punishment for journalists on accusation of fake news. The rule — which suggested withdrawal of accreditation — was cancelled by PM Modi after it was widely attacked as an attempt to curb the freedom of the Press in an election year.

President Kovind’s office also said S.S. Ahluwalia, who was the junior Minister for Drinking Water and Telecom, will be the Minister of State for the Department of Electronics and Information Technology. He replaces Alphons Kannanthanam, who will retain charge of Tourism Ministry.