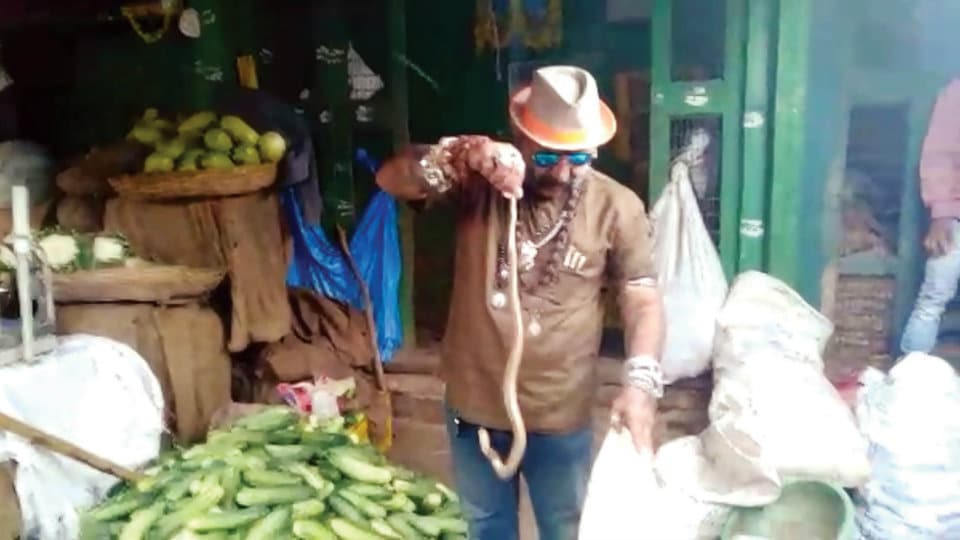 With rapid urbanisation resulting in the natural habitats of snakes shrinking, snakes are now finding shelters in home gardens, houses and now, a vegetable shop.

Most of the people, who find snakes in their surroundings, kill these reptiles due to fear as most fail to differentiate venomous and non-venomous snakes.

The vegetable vendor, who found the Cobra hidden under a pile of cucumbers when he went to fetch a cucumber for a customer, was also gripped with fear and also shocked. But regaining himself, the vendor, took the number of Snake Shyam from his neighbours and called him. Soon, Shyam rushed to the shop and rescued the reptile.

Shyam said that due to heat, snakes come out of their burrows to find cool places and has asked the public to be careful and alert.

He has urged the public not to kill them but call him as the snakes can be caught and conserved. Snake Shyam can be reached on Mob: 99805-57797.