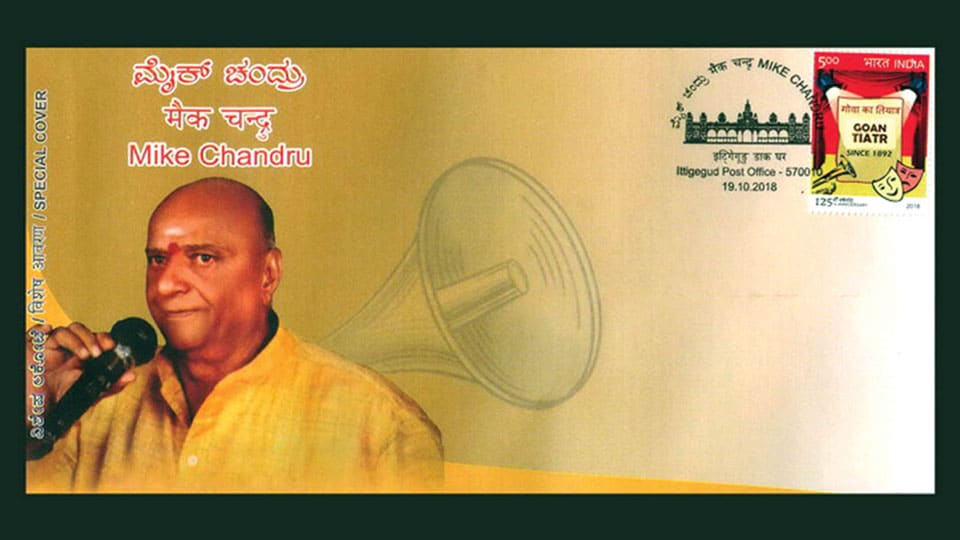 First such special postal cover to be launched in city

Mysuru: The Department of Posts, Mysuru Division, has released a Special Cover on ‘Town Crier’ Mike Chandru recognising his unique skill in the profession of announcement for various cultural, sports and political events.

The Senior Superintendent of Posts, Mysuru Division, N. Prakash, in a letter to Mike Chandru, has said: “You being a lone crusader in the modern age of technology and communication system, who move around the city in horse carriage making announcement, the Department of Posts has proposed to release a Special Cover on you in reverence to your unique talent, in  Dasara Exhibition Stall of our Department.”

The Special Cover was presented to Mike Chandru some time back and the citation in Kannada, Hindi and English reads, “Mike Chandru, the town crier, is a well-known face in Mysuru city. He has kept a dying profession alive. Being a lone crusader in this age of modern communication systems he moves around the city in a horse carriage, with a mike making announcement for drama, sports events, wrestling matches and political events. Though close to 70 years of age, he also dons attires to suit the advertisements to attract crowds. He is an integral part of heritage of Mysuru city.” 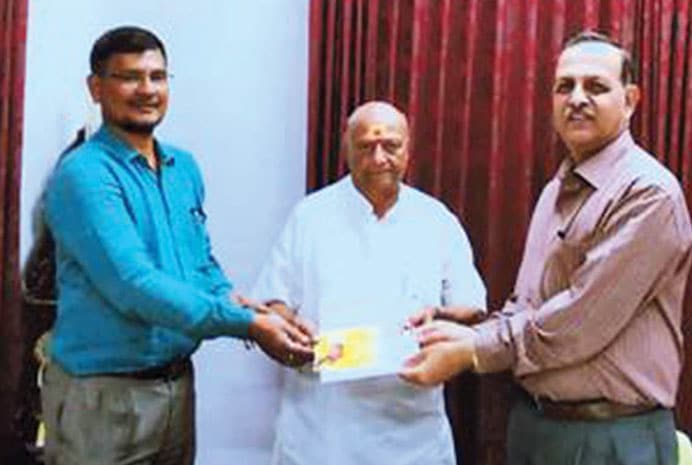 Asked what the criterion was for the Department of Posts to select a person for this honour, Prakash, speaking to Star of Mysore, here yesterday said, “This is the first time that the Department of Posts has recognised a Mysurean and brought out this Special Cover in Mysuru. The Circle Office in Bengaluru had seen an article about Mike Chandru in a newspaper and they recommended his name for this special honour and wrote to us to recognise him and that is how this special cover was brought out.”

According to  Prakash, this year in Kolar, 14 Special Covers had been brought out on places of local importance and people while in Mysuru, only one cover on Mike Chandru was brought out.

The Department of Posts has come out with another initiative ‘My Stamps’ where people can have their photos printed on stamps and buy them.

“The Department has brought out a stamp on Mysore Palace where there is a small place on the top of the stamp. Here one can get their photographs printed for birthdays, family functions and other special occasions. It costs Rs.300 a sheet which will have 12 stamps. There are two types of stamps of the Palace — one  is daylight picture and the other, the illuminated Palace. One can choose either or both to print the photographs,” said Prakash. If people require more stamps then the cost goes down depending on the number of sheets required, he added. 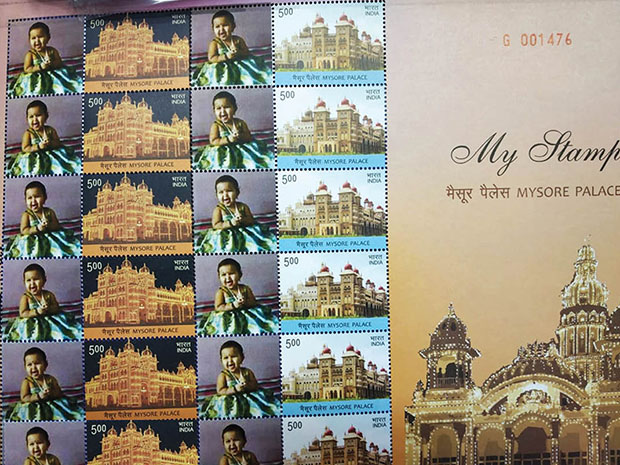 The stamps are printed right now in the Dasara Exhibition where the Department of Posts has put up a stall. It is also available in Head Post Office and at the Office of Senior Superintendent of Post Offices in Yadavagiri, he said.