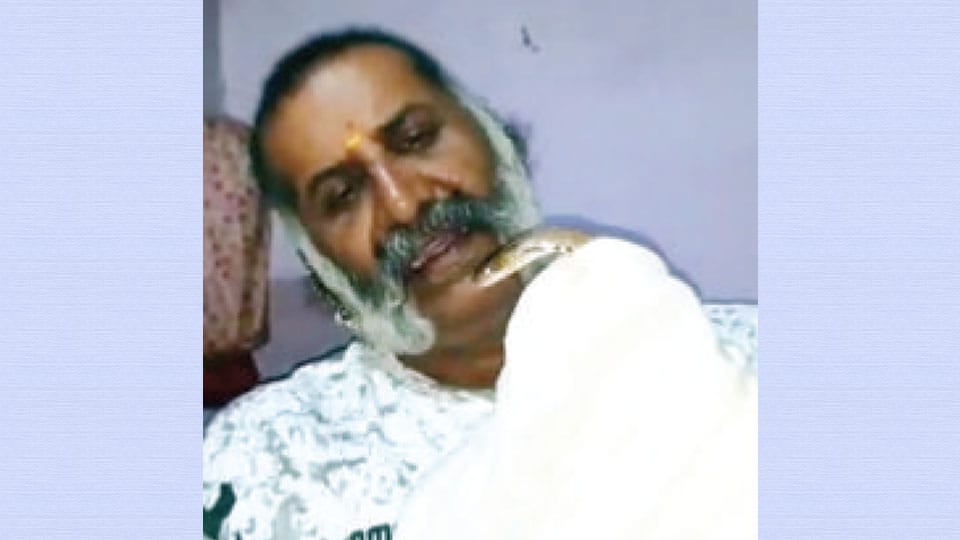 Mysore/Mysuru: Responding to a panic call from a resident in the wee hours of Monday, city’s well-known snake rescuer and wildlife conservationist Snake Shyam, not only rescued the snake from the house but also instilled confidence among the family members and explained them about snakes, their behaviour and habitat.

On Sunday midnight, the residents of the house in Shivapura on Manandawadi Main Road spotted a snake in the house and called Shyam at about 2 am. Shyam rushed to the house in a few minutes where a woman, her son and two daughters were staying.

Turning emotional after Shyam caught the snake and put it in a bag, the family members began to cry. “We called many snake rescuers, but no one received the call. We called Shyam with a doubt that whether he would come in the wee hours. But Shyam, who received the call, arrived in a few minutes. We were very frightened,” they said and thanked Snake Shyam profusely.