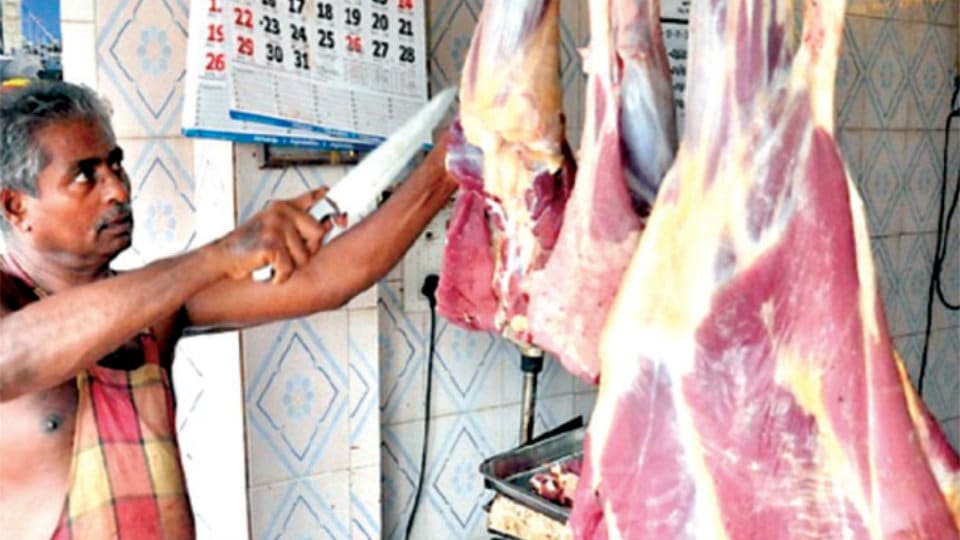 Soon, low cost, hygienic lamb and mutton at your doorstep

Bengaluru: The Karnataka Government will also have its own units to sell meat across the State, just like the State-run Nandini and HOPCOMS units. These outlets will sell low-cost and hygienic lamb and mutton, both at district and taluk levels.

The Government will also have provisions to sell the mutton and lamb online. Meat pieces will be cut according to the customer’s convenience, packed and delivered at their doorstep.

Karnataka Sheep and Wool Development Corporation Ltd. will be entrusted with the job and there will be a provision to sell the meat online. An official from the Corporation said, “People can order quality meat online and pieces will be cut according to the customer’s convenience, packed and delivered at their doorstep.”

According to Krishna, Chairman of the Corporation, there are at least 1.5 crore sheep and goats in Karnataka and about eight lakh farmers who rear sheep. The Government is coming up with sheep meat outlets across the State in order to encourage these farmers.

The Government has sanctioned funds to start sheep meat outlets at 40 places currently including Bengaluru, Mysuru Tumakuru, Hubballi and Dharwad. The Government will also provide a subsidy of Rs. 1.25 lakh for each outlet and the outlets will be managed by department employees or unemployed youth. “We will supervise the outlets and check if hygiene is maintained,” Krishna added.

He also said that the Government will issue guidelines for the cutting of meat, fixing CCTV cameras inside outlets and air conditioning to maintain freshness of meat.

“We will have the biggest slaughterhouse in the State and it will be set up in Sira taluk of Tumakuru district. The slaughterhouse will be built on 20 acres of Government land at an estimated cost of Rs. 28 crore, which has been sanctioned. Every day, 15,000 sheep will be slaughtered. Work order for this has also been issued. More such outlets will be opened in the coming days,’’ he added.