Home » News » Sound and Light Show at Palace from Mar.15 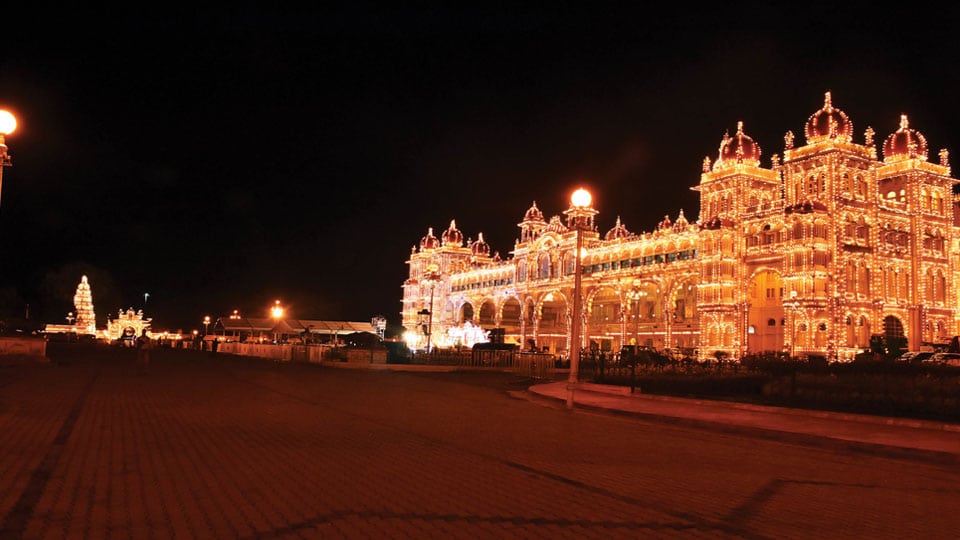 Sound and Light Show at Palace from Mar.15

Mysore/Mysuru: The Sound and Light programme at Mysore Palace, which had remained suspended for almost a year due to COVID-19 crisis, will resume from Mar.15 (Monday). The programme showcases the 400-year history of Mysuru through lighting, narration and background sound and music. It also traces the cultural heritage and contribution of the Wadiyars.

Even though the Palace was reopened for visitors in June, the Sound and Light Show had remained suspended.

On Sundays and Government holidays, the Palace will be illuminated for an hour from 7 pm to 8 pm, the  release said.