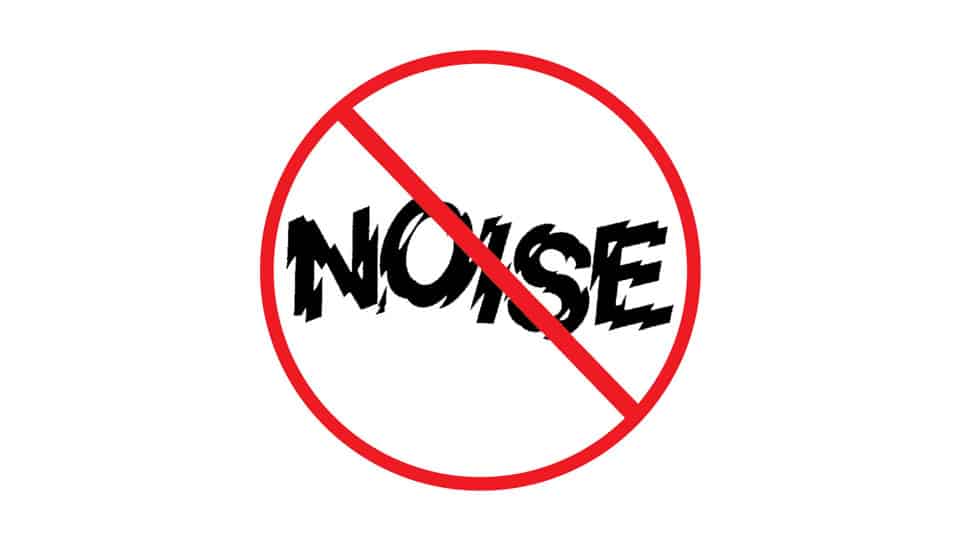 Ah! It’s back again. The ‘Azaan’ decibel problem, for sure, is an election gimmick, but noise pollution from religion, all religions, must be curtailed.

Now the Police have issued notices to Mosques to use their loudspeakers within the permissible decibel levels. It is a noise pollution issue. Just as playing blaring music from Lord Ganesha Pandals for ten days, bursting crackers on Diwali past the deadline is also noise pollution. And this has to be stopped.

If the Police can stop young boys and seize their bikes because they have noisy silencers as they did in Mysuru a few days back, why can’t they seize loudspeakers from religious centres which disturb the public at ungodly hours?

The Muslim call to prayer becomes an issue now and then and then dies down. Why? Because all religions use loudspeakers, all faiths are noisy. The only difference is, some religions disturb us every day, others on certain days, but they all are noisy and have complete disregard for the rights of others to live a reasonably quiet life.

All religions love their loudspeakers, and they will come together to keep them. Now while the Right-wing groups want loudspeakers in Mosques to be monitored, maybe, they should be reminded of what happened in 2017.

Many may recall in 2017, Sonu Nigam, the playback singer, wrote that ‘Azaan’, the call to prayer for Muslims early in the morning, was disturbing him. And lo and behold, all kinds of noise pollution erupted, from self-proclaimed God’s middlemen, the priests, to opportunistic publicity-seekers.

While Sonu Nigam may not have lost his voice, he sure lost his cool and with that lost his hair too…and all because some head priest of a little known Mosque announced a Rs. 10 lakh ‘supari’ for his hair… and thank God for it because Sonu Nigam really needed a haircut back then.

Now, everyone rightly got upset with this ‘hair supari’ priest but no one spoke about how this priest was not alone in calling for a “hit on Sonu’s hair.” Four priests from four other faiths accompanied him… Hinduism, Buddhism, Jainism and Christianity! And today, suddenly, the Right-wing groups have a problem?!

These so-called representatives of their respective faiths were at the same press conference on stage when the ransom for Sonu Nigam’s hair was announced! Wah! All religious heads become a united force when religion is threatened, like coalition politicians. Where is this camaraderie among priests of different faiths when people have to be                             brought together?

Yes, our religious leaders and politicians are threatened by the ban on loudspeakers because loudspeakers are a communal currency to be used when mischief is to be made. And mischief is being made now with elections in mind.

It’s time people of all faiths realise that certain practices in their faith disturb the larger population and their fellow men, women, infants, elders and students.

It makes one wonder, what is it with religion and noise? Almost all religions have some form of noise in rituals or expressions of devotion. There are bells, chest-beating, the beating of gongs, shrill readings of holy books, screaming of God’s name aggressively, playing loud, jarring holy music, blocking traffic for a holy parade etc. And all this at odd hours of the day with complete disregard to the disturbance it causes to fellow citizens. But when kids have a party with loud music, the Police descend on the venue to shut them down!

Why is religion exempt from respecting other people’s right to live in peace? The law says your right ends where the other person’s nose begins…but religion has no end; it can go beyond your nose and into your ears and turn you deaf. It even goes further into your stomach, telling you what to eat and then further down to your loins and tells you what to do with your genitalia! Yet we tolerate this bullying in the name of God. Why?

Why does religion need audio amplifiers? Religion is supposed to be about self-discovery and introspection, which can usually be achieved in silence. It makes us wonder if any God cares how loud we play songs in their praise. We are probably giving God a headache along with the rest of the population.

If we love God, we don’t need to be reminded loudly to pray to him or play jarring devotional songs in praise of him. Also, in today’s day and age of technology, where there are apps for everything from ‘Azaan’ to ‘Rahu Kalas’, why do we need speakers at religious centres at all? Loudspeakers will not help you attain Moksha, Jannat, nor beam one up to Heaven.

All Indians have tolerated religious noise pollution for a long time because each of us have indulged in it at some point. All religions produce noise. I have yet to see a religion that will produce just as much light.

More importantly, today, the loud call for ‘Azaan’ is seen as a way of asserting the Muslim community’s presence, and this convoluted agenda has, in turn, triggered the Hindu community to assert their audible presence by playing loud devotional music. Because of this exercise in assertion of religion in public space, the regular, non-religion obsessed citizen has to suffer. Why should we?

Even Saudi Arabia, an Islamic nation, has stated that the use of external loudspeakers during prayers could affect vulnerable groups, including the elderly and children. In fact, the national Ministry of Islamic Affairs issued a notification banning the use of “outer” loudspeakers in mosques across the country!

In fact, in the case of Sayeed Maqsood Ali Vs The State of M.P., the Apex Court held that even a single individual could maintain a writ petition against noise pollution. So there are laws to protect us from noise pollution, but no Government wants to implement them.

Today, there is noise harassment; it is no more just pollution. From morning walkers to religious events, we are surrounded by inconsiderate noisy people.

We humans seem to be addicted to noise; our day begins with noise and ends with it. We wake up to the noise of an alarm and go to sleep to the sound of angry television anchors. We need sound when we eat, when we go up in an elevator, when we use the urinal in a hotel, when we shop, travel, and exercise and even when we study. There is sound all the time. Do we really love sound so much, or do we fear silence?

Do we in modern times suffer from sedatephobia, the fear of silence, because silence forces one to introspect, which can be unsettling. Maybe more than religion, we need silence because when you are silent, you listen… you listen to your conscience. And conscience is what makes us human…it’s what makes               us humane.

Now, this ‘Azaan’ issue, its timing is questionable, but the outcome could be beneficial to all who have suffered religious sounds for way too long from temple devotional songs to ‘Azaan’. Let’s hope this time the law is implemented loud and clear to all and doesn’t fall silent after the elections.