Home » Feature Articles » The Sparrows didn’t go… …We drove them away ! The Sparrows didn’t go… …We drove them away !

The humble and adorable little birds, chirping and flitting around in our compounds and  courtyards, the House Sparrow is a confirmed hanger on to man ever since humans started depending on agriculture and created settlements. These birds have even been mentioned in most of our mythologies and folklores, along with the common crow, eagles and other such birds, which used to exist in close proximity to human dwellings.

Grandmothers of yesteryears had plenty of Sparrow Folk-tales (Gubakkana kathegalu in Kannada), and all children would gather around them to hear the stories. It was once a very common, respected and much loved bird all over the country whether it was a bustling urban area or a small hamlet.

In South India, people even considered it a good omen if the House Sparrow built a nest inside their houses under the rafters, ventilators, behind wall-hung photo-frames, pendulum clocks hung on the wall, or even a niche in the wall, littering the whole place with grass blades brought for nesting, their droppings and grain husks after feeding, but nobody ever considered them a pest. Some rural people even deliberately made cavity-like holes in the walls with a small protruding cornice, for the birds to land and then enter the nest. 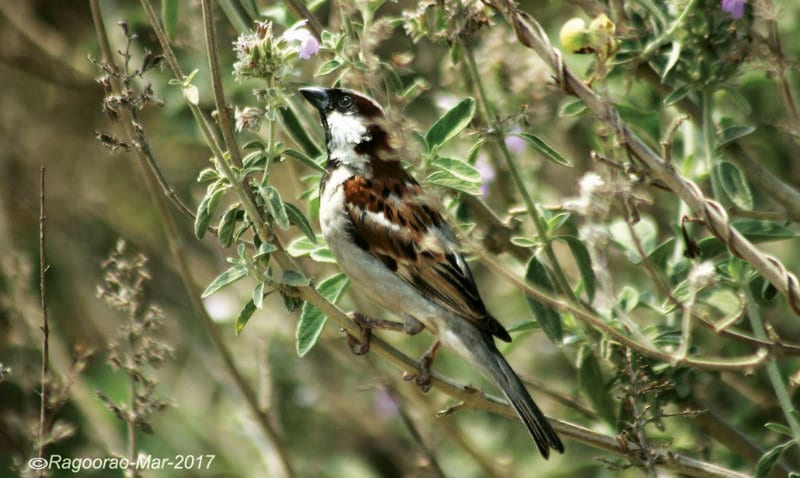 In some regions of Karnataka, after a paddy harvest, the paddy grain stalks were artistically woven and hung in the verandahs of farmhouses for the sparrows to feed on. Such was the bond between man and sparrow that it came to be classified as a domestic species and hence the name Passerdomesticus. This bird was taken for granted.

Then over time, the inevitable started happening — Change in human life-styles, homes were modified according to modern needs, our yards were redone, either cemented or laid with tiles. Gardens were re-laid with exotic plants, exotic lawns, gradually and steadily changing the scenario from a native setting to a more fashionable and impressive home-gardens. The native shrubs and plants gave way to more exotic and colourful plants. While unnoticed and untracked, the presence of these birds started getting rarer.

I being a birds and animals behaviour studier, this dwindling number of sparrows in our area made me curious to know why. Information was exchanged between Ethnologists and Birders from all over the country. Surprisingly, the sparrows were found to be dwindling in numbers all over the urban areas.

This led to a simultaneous study by interested birders from all over. The sparrows were being observed and studied to know the causes for their dwindling numbers. Many birders were interacting and exchanging information. As the observations and studies were intensified and causes tried to be understood, things were getting clearer and clearer by the day. Here let me stick to Mysuru, my area of study and interest in my hometown. 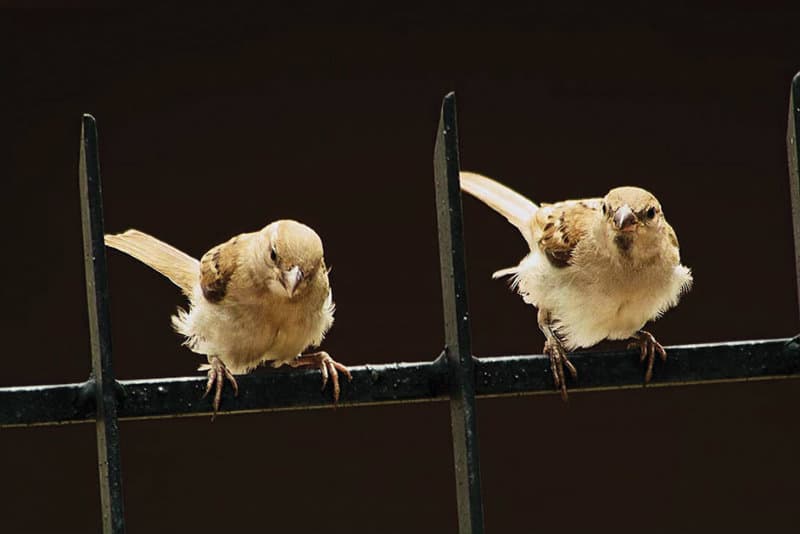 I have closely observed the domestic sparrow ever since their number started declining in our urban area. This was the year 1988. I had found a lot of trees with close foliage like Pomegranate, Amla, English Tamarind (bettada hunasay), plenty of native shrubs, with small branches in our area being filled with flocks of the birds creating a din with their constant chirping and setting up their roosting order.

Once it was dark, they would all settle down peacefully until the next dawn. Come dawn and the first rays of sunlight would get them going about their daily life. A lot of birds were roosting inside homes, specially the solitary males and the juveniles. Gradually, this everyday feature of the sparrow roosting in our trees and their all too familiar chirping, became less frequent. Homes were never used for their night roosting; the nests being built inside houses were also fading away over a three-year period.

The all too familiar birds, which would fill our gardens and lawns for foraging on insects, were getting rarer and rarer. Then finally by 1992 there was not a single House Sparrow in our area.

This period is what puzzled me. It even became a topic during socialisation. Some would ask, where did the sparrows go? While some had their own diagnosis of the problem. They were as varied as outlandish. Some attributed the mobile phone sound waves to be the reason while others said it was the radiation from outer space. Some said the bird-sellers were trapping and dyeing them with colour and selling them to foreigners as colourful Indian birds — this was true as many people have seen colour-dyed house sparrows being sold in cages. In the course of my every day visit to plantations and farms, passing through a lot of small and big villages, I could notice the sparrows in a lot of villages as chirping and flitting around as ever. This is where I started the study.

First:  House Sparrows were dependent on the leftover grains thrown to them after people cleaned their grains. This habit has ceased in urban areas as everyone is getting pre-cleaned grains from the store and there was nothing to be thrown to their yards for the sparrows to feed on.

Sparrows are still in good numbers in these rural and undeveloped areas. (In Mysuru, Sparrows are living in many of the localities with tiled houses, where cattle rearing is done, paddy straw is stacked on house-tops and manure heaps inside the localities. The backstreets of the busy and bustling Ashoka Road and Irwin Road with the old tiled houses, the former village settlements like K.G. Koppal, Paduvarahalli, Vontikoppal, Hinkal and some Industrial areas like Hebbal Industrial area still have sparrows.)

Second: Now the urban scene has changed; there are no tiled houses with rafters, only concrete structures have come up; there are absolutely no places for the sparrows to build nests. Whereas in rural and undeveloped areas there are still tiled houses with bamboo rafters, intentionally made niches in walls for nesting sparrows. This suggests concluding that sparrows were deprived of nesting places in the urban developed areas, whereas they are still nesting and thriving in the undeveloped localities and villages.

Third: House Sparrows are basically Gramivorous — grain eating birds, they live mainly on grains but they also relish tender grass shoots, native shrub seeds and shoots and insects. They bring up the young exclusively on insects. These food sources have also been destroyed.

Until recent times home gardens were not in the habit of using chemical insecticides in their gardens. Now in urban areas all gardens are liberally sprayed with insecticides and fungicides, the short non-moving Mexican grass has replaced the native lawn grass. This grass needs a lot of support with fertilizers and plant protection sprays. These lawns do not support any insect life in them, whereas in the villages and undeveloped localities these pesticides are not rampantly used. These are the major reasons why sparrows either dwindled in numbers in some localities or moved over to friendlier areas with hutments and old buildings, which support their life. We gradually and unintentionally started destroying their habitat and food sources.

Apart from these major factors contributing to the decline of sparrows in urban areas, there could be quite a few other factors also like high automobile pollution with a lot of lead being released into the atmosphere which might have had a residual effect on the eggs of sparrows making them thin shelled like it has been observed in other countries in their research on other birds.

Fortunately, some areas of Mysuru still have some flocks. Efforts are being made by conservationists and birders to take measures to keep the sparrow supported in the areas.  Awareness on the needs of the sparrows is given to the residents nearby and the encouraging sign is they are all more than willing to offer the sparrows whatever they need. Water troughs, grain feeders, nest boxes are placed by some residents for the sparrows.

One family in Hebbal Industrial Area is actively and desperately trying to save and retain the surviving flock of sparrows in their neighbourhood. They offer grains, provide water-troughs, nesting place with shrubs, in their compound and yard, and fortunately the sparrows are accepting these offers and multiplying in numbers. 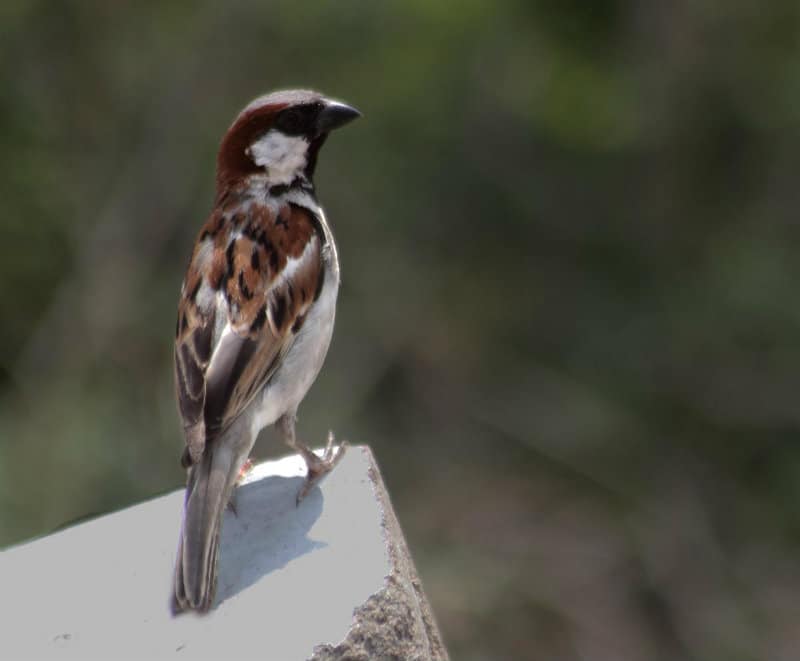 The family shuns all publicity and they consider it their good fortune to be of any use to conserve these loveable birds. There are quite a number of fledglings; a sign of hope and promise that next generation of sparrows are growing up.

Such small efforts may go a long way in still sighting the humble, adorable House Sparrows in Mysuru for some more time at least. Let’s do our part… the rest, the sparrows will do.

2 COMMENTS ON THIS POST To “The Sparrows didn’t go… …We drove them away !”