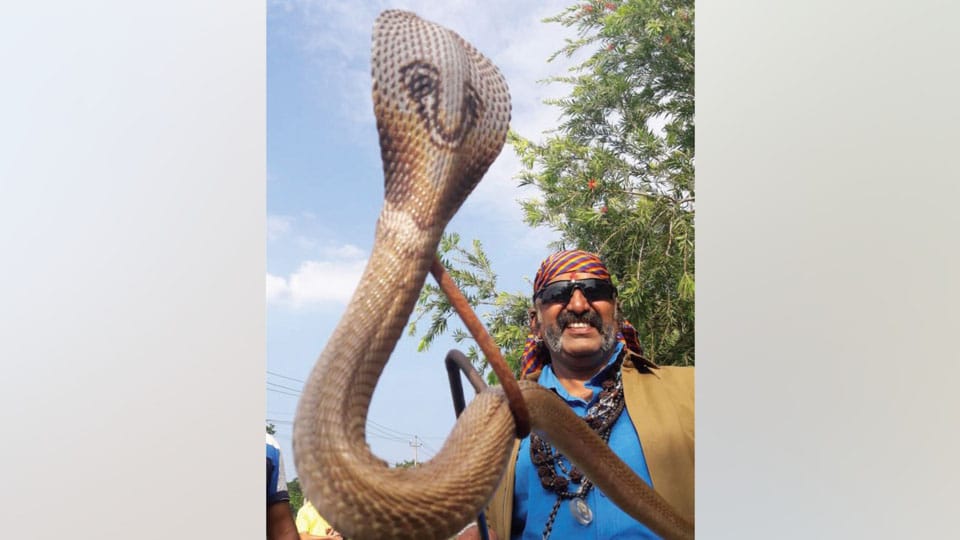 Mysuru: The city’s own amateur conservationist, who is also a local Corporator, reached a milestone yesterday by catching 33,000 snakes.

M.S. Balasubramaniam — popularly known as ‘Snake Shyam’ — recorded his 33,000th catch since he started keeping a count of the number of snakes caught and rescued by him since 1997.

The number was reached at the house of Jayabai, a resident of Chamundeshwari Railway Layout. A huge cobra had taken shelter at her kitchen and Shyam was called to rescue it.

Ask for Balasubramaniam and the name does not strike a resonance among Mysureans. But ‘Snake Shyam’ is instantly recognised as the friendly and affable snake catcher, who rushes to remove the slithery reptile from one’s backyard. The timely action of Shyam has saved the lives of thousands of snakes as well as human beings

Shyam has been featured in the National Geographic channel, which made a special documentary on this naturalist on wheels a few years ago.

Snake Shyam
A bend in the road: How to fix it?
Linking Aadhaar Number to Bank Accounts Mandatory: RBI