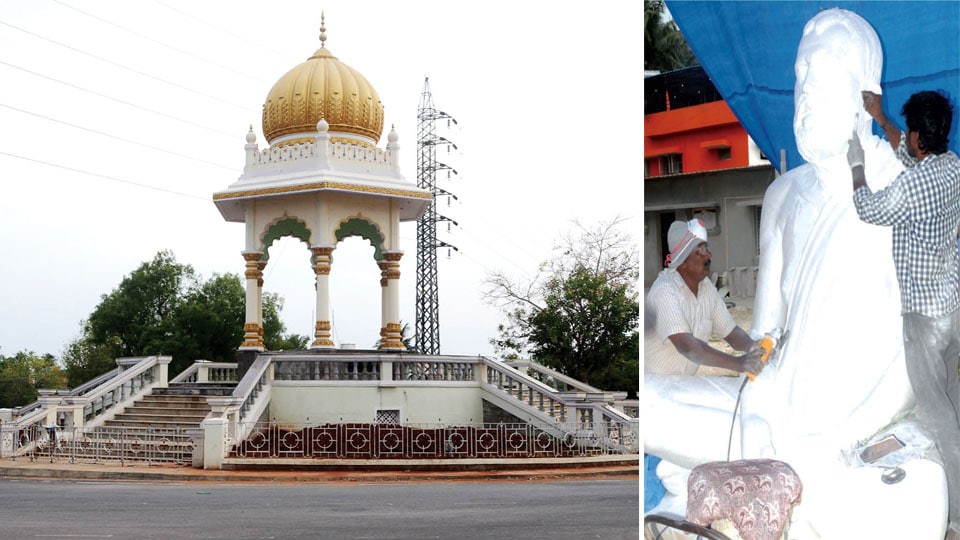 Mysuru: A beautiful marble statue of saint Sri Ramakrishna Paramahamsa will be unveiled in the first week of November at the Ramakrishna Nagar Circle.

The statue of Ramakrishna Paramahamsa in a meditative sitting posture is getting ready. Including the pedestal,  the 15 tonne statue is ten feet in height.

The sculptor is Arun Yogiraj, a well-known name in Mysuru who has sculpted many other famous statues including that of Jayachamaraja Wadiyar installed in Hardinge Circle.

The remaining work near the Circle like laying of the lawn, asphalting and painting work will be completed within a week, said MUDA Assistant Executive Engineer T.K. Ravi.

The beautification of the Circle and the unveiling of Ramakrishna Paramahamsa’s statue will change the complete landscape of the area, he said.