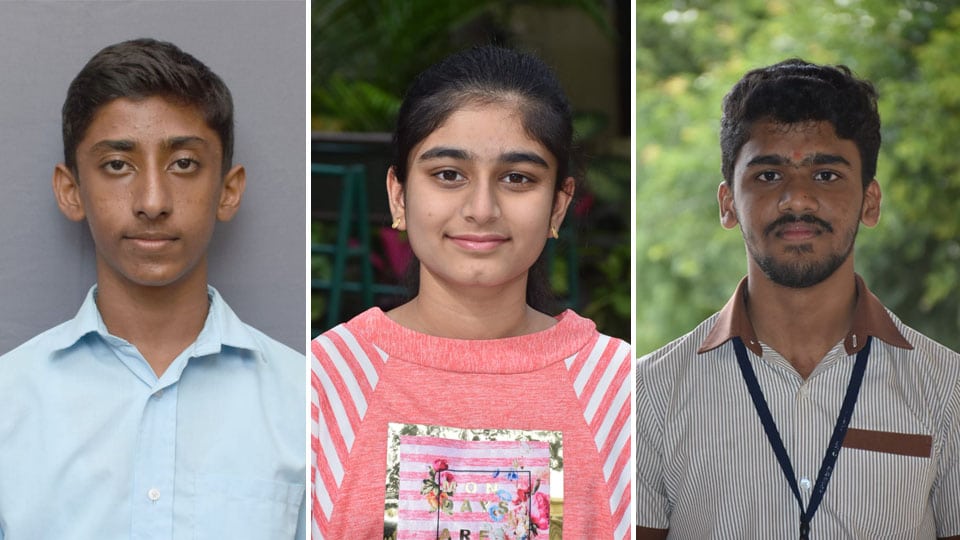 Mysore/Mysuru: Three students have emerged district toppers by scoring 623 out of 625 marks in the SSLC exams, results of which were announced yesterday.

Gaurav Chandan of Sri Ramakrishna Vidyashala, C. Manu of Vijaya Vittala School and N.R. Preksha of Rotary Ideal Jawa School are the three who have topped the district with 623 marks.