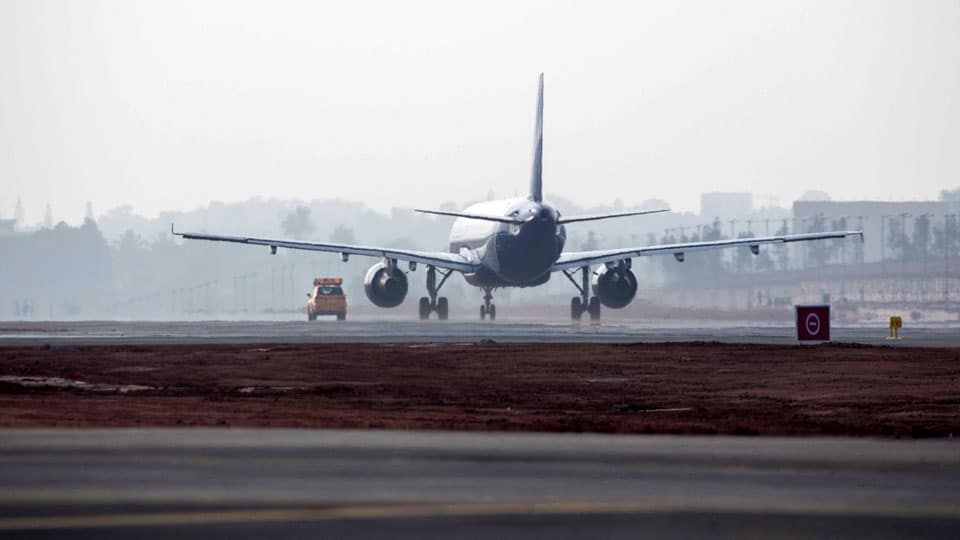 The question is, if this new Airport will be a competitor to KIA and also to the recently opened Mandakalli Airport in Mysuru. Chances are high as industry stakeholders are demanding a new International Airport on Mysuru and Bengaluru Highway.

The Bangalore Chamber of Industry and Commerce (BCIC) has submitted a report to the State Government that states that taking into consideration the growth of Bengaluru and Mysuru, one more airport is necessary ideally on Mysuru-Bengaluru Highway near K. Shettahalli in Srirangapatna Taluk so that the region — including Mandya, Channapattana and Ramanagara — gets a boost with more industries, software companies that will promote employment and growth opportunities.

The report has been submitted to Minister for Large and    Medium Scale Industries Jagadish Shettar last week in Bengaluru and he too felt the need of a new airport as the KIA will be saturated soon.

“Our analysis indicates that the location of the second airport would be ideal on the stretch between Bengaluru and Mysuru, based on the economic growth pattern, demographic splits and demand potential. This will ensure that the benefits of connectivity drive additional growth in Mysuru, Hassan and Kodagu,” the report stated.

“With infrastructure being a key driver of industry and investment, a second airport will not only help to decongest Bengaluru city, but will also help industry expand towards outlying areas thereby fostering balanced growth,” the report said.

Reacting on the development, Sudhakar S. Shetty, former President, Federation of Karnataka Chamber of Commerce and Industry (FKCCI), told Star of Mysore that when he was at the helm of FKCCI, he along with NR Constituency MLA Tanveer Sait had floated the idea of one more airport on Mysuru – Bengaluru Highway near K. Shettahalli for the overall development of the region. Moreover, the KIA will soon reach its saturation point and it takes hours to reach the central areas of Bengaluru from the Airport amidst  maddening traffic.

“I had spoken to the then Civil Aviation Minister and Karnataka CM and at my insistence the first Airstrip Survey was conducted. The land that was identified for the new Airport is near K. Shettahalli on Mysuru-Bengaluru Road,” he said.

At K. Shettahalli there is a 900-acre Government land that has not been utilised. “The new International Airport can come up on this land and we can have more land acquired, considering the fact that KIA is spread across 4,000 acres. The proposal is already there with the Central Government and things must be set in motion from there,” he said.

Sudhakar Shetty reasoned that the new International Airport will boost the economy of the entire region comprising Bengaluru, Ramanagara, Mandya, Mysuru, Kodagu and make it an economic powerhouse with connectivity. “More and more industries and technology giants can set up companies and the connectivity will be superb with the existing Mysuru-Bengaluru Highway being widened to a 10-lane Highway and the Railway Double tracking being completed. Plus there is Bengaluru-Mysuru Infrastructure Corridor (BMIC) — NICE Road. All these will make journey to Bengaluru smoother and faster,” he added.

When contacted,  MLA Tanveer Sait also said that the sprawling 900-acre land belonging to Social Forestry near K. Shettahalli in Srirangapatna Taluk was an ideal location for  an international airport as it  was in close proximity to major destinations.

Referring to the existing Mysore Airport at Mandakalli, Sait was of the opinion that it could continue as a Flying Club dedicated to flying of Microlight Aircraft and Aviation Studies. Also there is no provision to divert the Nanjangud Highway which has resulted in the major roadblock for the much-awaited Mysore Airport Runway expansion, he opined.

Meanwhile, MP Pratap Simha, who is presently in Kodagu overseeing flood relief operations along with District Minister V. Somanna, was not reachable on his mobile phone due to poor network connection.

12 COMMENTS ON THIS POST To “International Airport near Srirangapatna proposed”