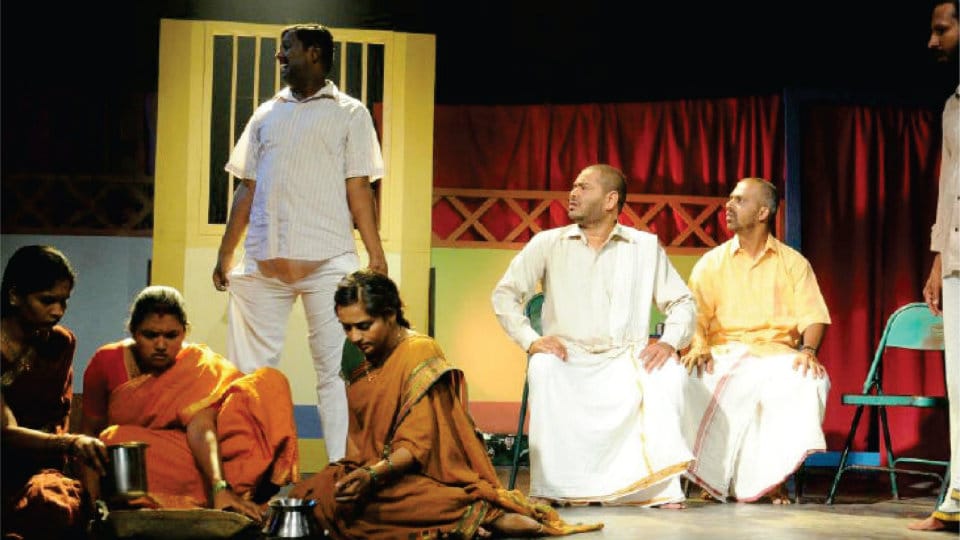 Rangavalli will be staging the play ‘Tatte Idli Raddhanta’ at  Vanaranga in Rangayana premises tomorrow (Mar. 4) at 7 pm.

Synopsis: ‘Tatte Idli Raddhanta’ revolves around three families which are bound by old ideologies and customs. The play deals on how children think of their aged father who is killed by one of his relatives. The eldest son does not even want to lodge a complaint with the Police seeking an investigation into the murder. There is also a character of a specially-abled boy, who is made a scapegoat to kill his grandfather. The play which begins with the investigation into murder of an old man sees various characters which depict the typical families living in an orthodox and conservative society.