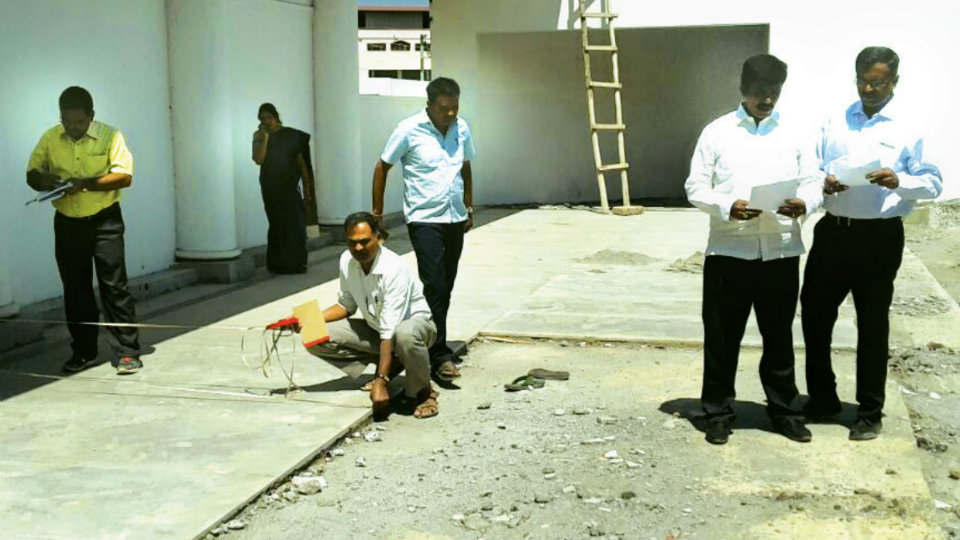 Facility to be thrown open to public by Dasara: Mayor

Speaking to media persons after inspecting the spot, he said that the construction works of the basement parking was taken up at an approximate cost of Rs. 17.6 crore and the renovation of Town Hall interiors at an approximate cost of Rs. 2.83 crore by Chabbra Associates of Secunderabad in 2011 but the contractor had stalled the works, which resulted in the MCC issuing several notices to the contractor. He further said that despite issuing notices to the contractor to take up the works and complete it on time, the contractor Chabbra Associates had not taken up the said works resulting in delay in the completion of the project and added that the tender awarded to the said contractor has been terminated and works would be re-launched within a month by awarding the works to another contractor.

The Mayor instructed the officials to call for a tender soon and take up the remaining works.  He also said that the works would be completed soon and the facilities would be thrown open to the public before Dasara-2017.