Mysuru: The stage is set for the two-day State BJP Executive Committee meeting that will begin in city from tomorrow at a time when the party is facing an internal rebellion led by the two factions, one led by State BJP President B.S. Yeddyurappa and the  other led by Leader of the Opposition in the Legislative Council K.S. Eshwarappa.

Rajendra Kalamandira on the Ramanuja Road at Agrahara, the venue of the meeting, has been decked up and the areas surrounding the venue are dominated by saffron banners, flags, posters and buntings. Huge arches have been set up to welcome over 669 delegates.

Seven-hundred chairs have been put inside the hall and a giant pendal has been erected outside for the delegates to assemble. Food counters are being set up and there will be a separate book counter where books and other literature of the party will be displayed and sold. 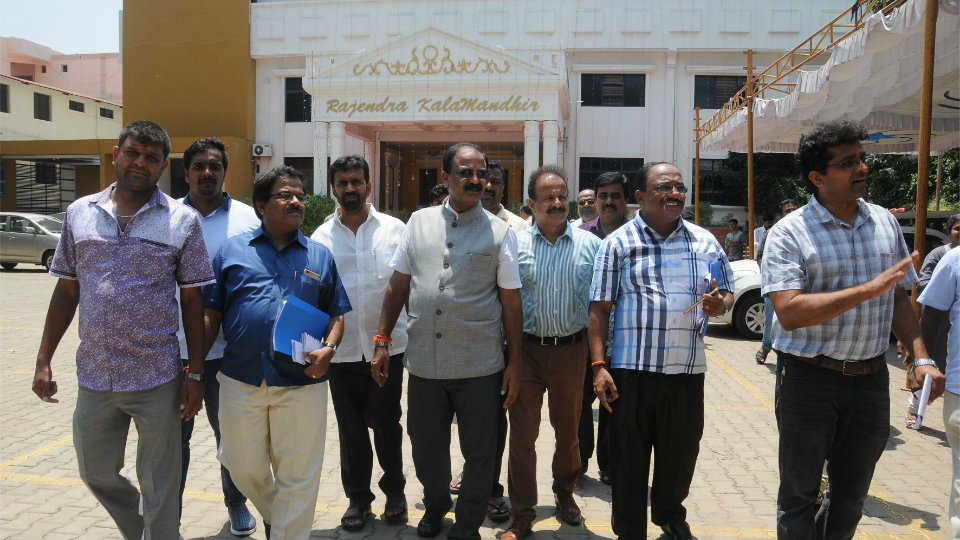 More than 350 rooms have been booked at various hotels in city to accommodate delegates. About 400 volunteers have been appointed to ensure that the event goes off smoothly.