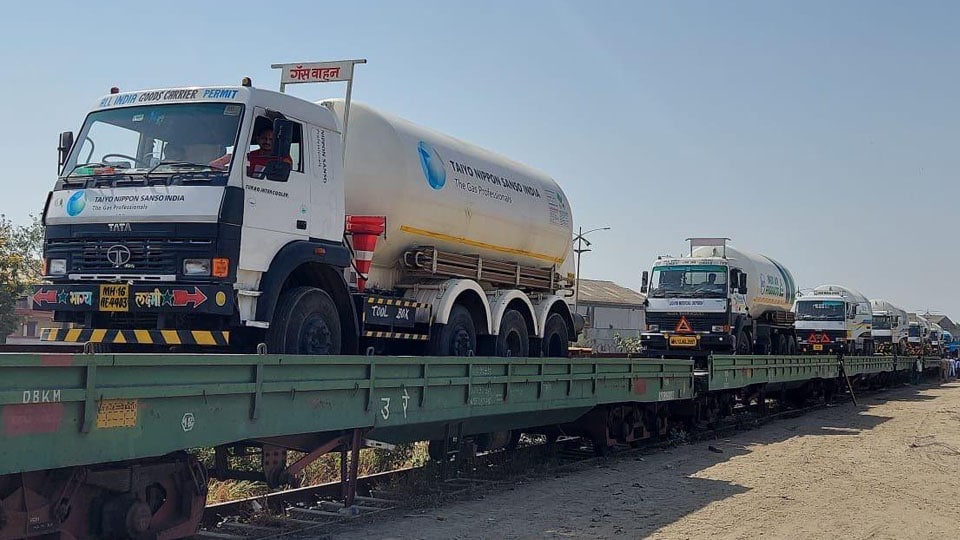 Bengaluru: To mitigate severe shortage of  medical oxygen in Hospitals and Covid Care Centres, Chief Secretary P. Ravikumar has written to the Railway Board to run oxygen express trains to Karnataka on priority.

In a letter to Railway Board Chairman Suneeth Sharma, the Chief Secretary has requested Railways to operate oxygen special trains that would carry tanker trucks between Whitefield or Doddaballapura Railway Stations in Bengaluru and Kalinganagar or Angul Stations in Odisha as well as Vishakapatnam in Andhra Pradesh. It needs to be operated twice a week.

“The oxygen special trains require to be operated on high priority basis through the green channel to ensure timely delivery at the destination stations,” said the letter. It has also called for nominating a Railway Nodal Officer for monitoring the movements of the trains.

General Manager of South Western Railway, Gajanan Mallya, has responded positively to the move. “The transportation will be done through its Roll-on Roll-off wagons.”  While Doddaballapur Railway Station already has a ramp, the Satellite Goods Terminal at Whitefield does not have one. “The engineering team has put up a ramp there within record time to keep it ready to run these trains,” he added.