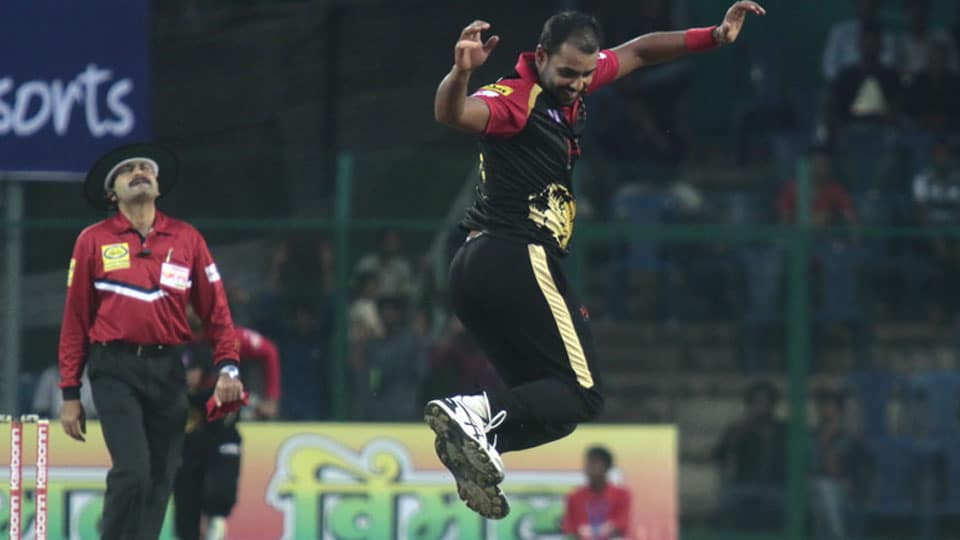 Needing 42-runs in three overs, Bijapur Bulls faced a difficult task at hand. Nidish used the long handle well and scored two sixes and a single, off the first three balls, while A. Mithun off the next three balls scored a boundary  off left-arm medium-pacer Prateek Jain.

In all, 25 runs was need in the last two overs and the match took an interesting turn. Nidish scored two boundaries off successive balls off medium-pacer Zahoor Farooqi and this over yielded a total of 13 runs.