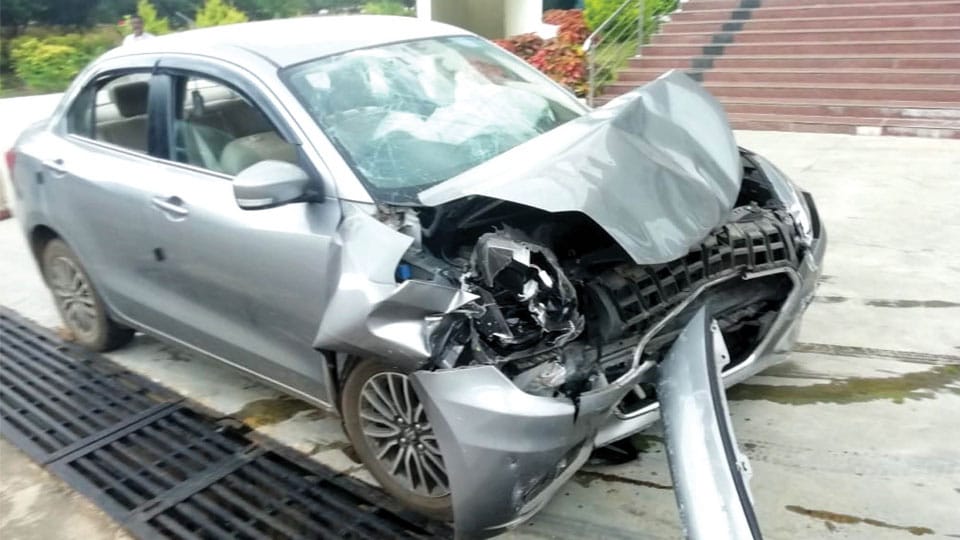 Students injured as car hits them from behind at KSOU

Mysore/Mysuru: Two girl students sustained injuries when a speeding car hit them from behind in Karnataka State Open University (KSOU) campus yesterday afternoon. Three occupants of the car have also been injured in the accident.

The injured girl students are Srujanapriya of Chamarajanagar and Tanushree of K.R. Pet and the injured car occupants have been identified as Nagesh, Prakash and Mahadevaswamy of Santhemarahalli and Gokak.

Police said that yesterday at about 4 pm, when Srujanapriya and Tanushree were walking near the Evaluation Centre at KSOU campus, a speeding car hit them from behind and then rammed into the compound wall resulting in Srujanapriya sustaining serious injuries on her face, while Tanushree and car occupants sustained minor injuries. V.V. Puram Traffic Police have registered a case.