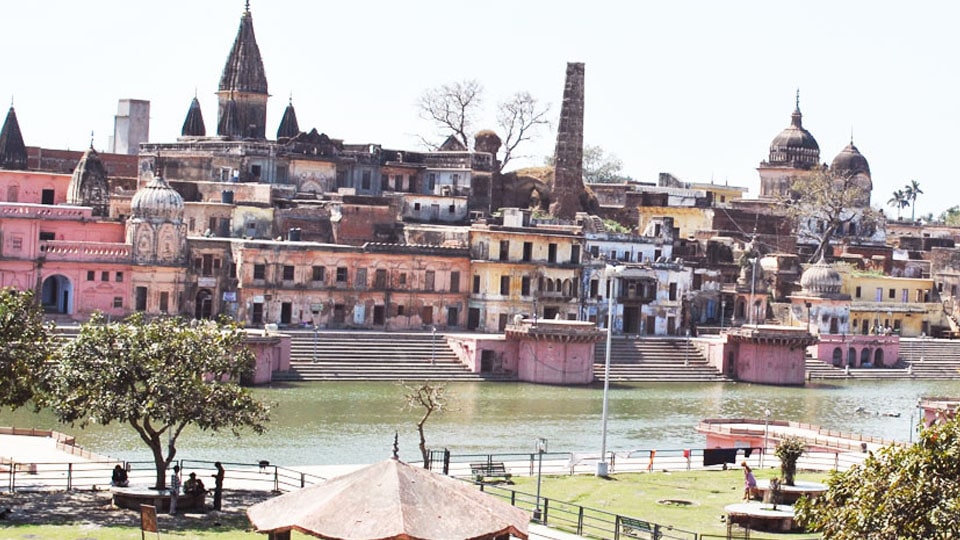 It is rather foolish, politically and socially, to question what God does. But sometimes God himself makes us raise questions. Familiar legends tell us about what happened one day when he allowed leaders of the world’s great democracies to meet him and ask him any questions. This is what followed.

Joe Biden asked God: “When will America become the most magnificent nation on earth admired by all?” God said: “In about five years.” Biden burst into tears. “Five years? I won’t be around to see it.”

Then Boris Johnson asked God how long it will take Great Britain to become a magnificent nation admired by all. God said: “About 25 years.” Johnson started crying: “Twenty-five years? I won’t be around to see it.”

It was then the turn of Narendra Modi, impeccably groomed, to ask God in shudh Hindi how long it will take India to become a splendid land admired by all.  On hearing this, God burst into tears.  Through sobs, God said: “I won’t be around to see it.”

Didn’t Kamba Ramayanam envisage India as a splendid land admired by all for the godliness that prevailed among its people?  Kambar looked at Ayodhya and wrote: “There were no guards because there were no thieves. None ever gave for none ever took. Since no one in that city ever stopped learning, none was ignorant and none fully learned.  Since everyone had as much as he needed, none was poor and none rich.”

In today’s India everyone is either poor or rich, none is learned and all are ignorant, none ever gives but all ever takes.  But we need not worry. If Kambar has become irrelevant, Narendra Modi has emerged not only relevant but ever ready to jump into action.  He is already out with “Ayodhya Vision – 2047,” an elaborate plan to celebrate the 100th anniversary of India’s independence.  It may be 26 long years away, but Modiji is a far-sighted leader whose ability to foresee things and plan well ahead has already benefited India as citizens know.  Reports say that he plans to develop Ayodhya as a modern city even as its ancient cultural heritage is maintained intact.

UP Chief Minister Yogi Adityanath is currently an inspired man.  He is bursting with ideas of making Ayodhya an “international spiritual city” and the “City of Ram.” Given his record, Adityanath might well end up making a mess of the city.  When it was Faizabad, the first capital of the Nawabs of Awadh, it had the grandeur of an imperial capital.  After Yogi Adityanath renamed the district as Ayodhya in 2018, life has been patriotically dull.

These are days when Valmiki is forgotten and Tulsidas alone commands attention.  Adi Kavi Valmiki who composed the Adi Kavya had a literary grandeur that was in a class of its own.  His Kavya remained a literary work for more than 20 centuries until Tulsidas transformed it into a religious text in the 16th century.  Religion gained, literature lost.

Tulsidas made changes in Valmiki’s text with abandon.  Valmiki’s Hanuman, for example, was a human belonging to the vanara tribe while Tulsidas turned him into a undisguised monkey.  Valmiki’s Dasaratha had 350 wives, Tulsidas reduced it to three.  In Valmiki’s original, Sita was kidnapped by Ravana.  In the Tulsidas version, the kidnapped Sita was a clone of the real Sita; Rama had handed over the real Sita to Lord Agni before the kidnapping took place.

The titles further underline the difference between the two versions.  Valmiki wrote Ramayana while Tulsidas wrote Ramacharitmanas.  Tamil poet Kambar made it even more obvious by naming his work Ramavataram.

The way Ramayana spread to the cultures of Southeast Asia is a phenomenon by itself.  When you land in Jakarta, the first thing you notice is the imposing statue of Krishnopadesam just outside the exit gates.  In Bali the statue of Ghatotkacha in his magnificent chariot dominates the geography.  There are 4,600 Hindu temples in Bali and Vijaya Dasami is a national holiday there.  But don’t miss the point that these are cultural rather than religious features of life in that country.  Indonesia’s national hero Sukarno was named after Karnan.  The Wayang puppet shows built around Ramayana episodes are popular round the year.  Indonesia’s national bank is named after Kubera while its national airline is Garuda Indonesia.

READ ALSO  In other words, who is lying?

Point of View T.J.S. George
How to manage your small and big expenses with a personal loan
Students injured as car hits them from behind at KSOU

5 COMMENTS ON THIS POST To “Happenings after Kamba Ramayanam”