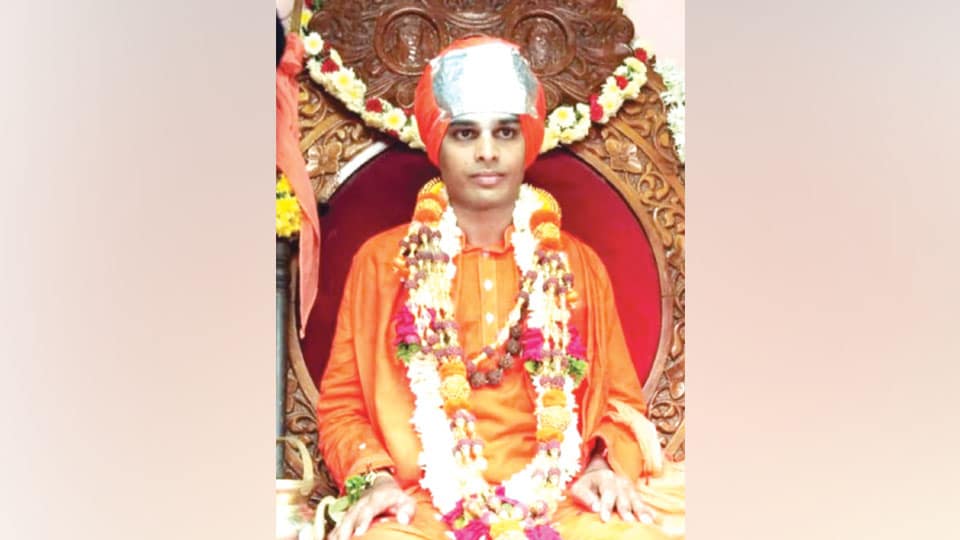 Hanur: Thirty-year-old M. Nagendra, who was named as the successor to the Peetha of Salur Mutt at M.M. Hills in Hanur taluk of Chamarajanagar district, was anointed as the pontiff of the Mutt in the auspicious Brahmi Muhurtha amid all rituals at the Mutt premises on Saturday morning. Soon after he was given Deeksha by the Mutt Seer Sri Guruswamy and anointed, the new Pontiff was renamed as Sri Shantamallikarjuna Swamiji.

Nagendra’s anointment comes just a day after he was named as his successor by the Mutt Seer Sri Guruswamy on Friday. Only on Monday, the Kollegal Civil Court had vacated the stay order on the appointment of the Mutt successor, brought by the Mutt’s jailed Junior Pontiff Immadi Mahadevaswamy, who has been arrested in connection with the infamous Sulwadi Temple food poisoning case, which shocked the entire State in December 2018.

Speaking at the anointment ceremony, Suttur Mutt Seer Sri Shivarathri Deshikendra Swamiji, who headed a Committee to oversee the appointment of the Mutt successor, said that the new pontiff should utilise his scholarly knowledge for further development of Salur Mutt.

Pointing out that the Mutt should not have two Seers anymore, he said that only one Seer should take over the administration and put an end to the confusions regarding the running of the Mutt.