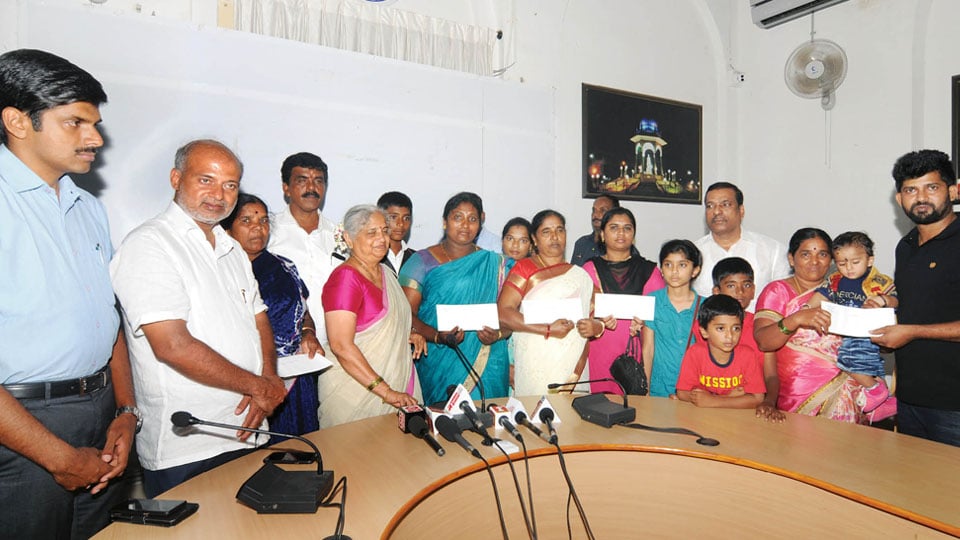 Mysuru:  Infosys Foundation continued its philanthropic gesture by donating Rs.10 lakh each to the families of the martyrs who have laid down their lives for the country.

Later speaking, Sudha Murty said that it was not possible to bring a person back to life once he or she is gone. However, we can acknowledge that we are with them. It is everyone’s duty to come to the aid of the martyred soldiers. Hence, in this direction financial support has been given. “This money should be used productively for the education of the children and should not be spent on marriages,” advised Sudha Murty to the martyrs’ kin.

MP Pratap Simha said that the money is being given to the families of six soldiers who have been martyred in the last three years. A few others said that there were soldiers who had laid down their lives in their families and they too needed support. When this was brought to the notice of Sudha Murty, she immediately asked to prepare a list of such families as there is no other service greater than that of a soldier to the nation. Hence, nobody need feel disheartened as everyone will get financial assistance, he added.

Minister S.R. Mahesh said that Sudha Murty had voluntarily come forward to donate Rs.25 crore to Kodagu flood-hit victims. With this gesture she has become a role model for all of us, he said and thanked her on behalf of the government.