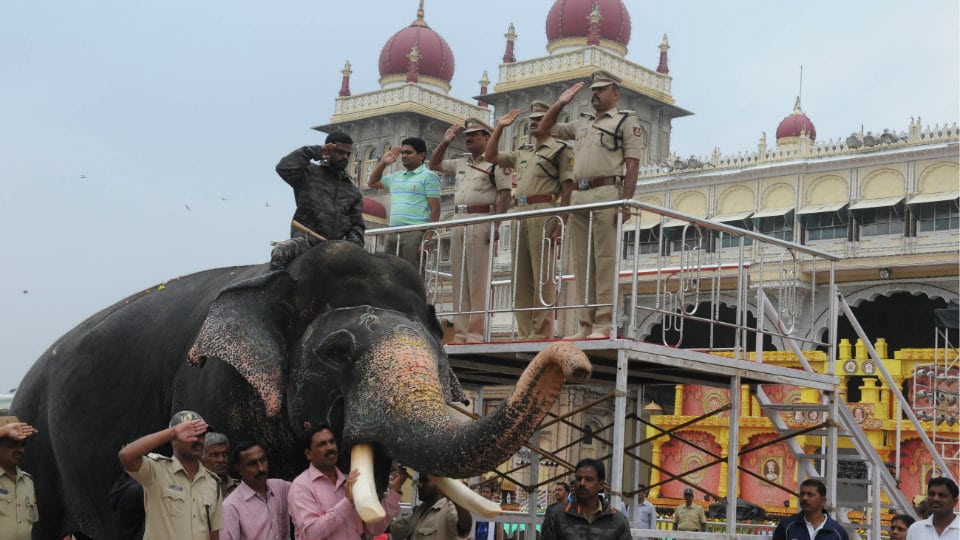 Mysuru:  The first rehearsal of Jumboo Savari inauguration was held at the Palace premises here this morning. The rehearsal was performed by a team of Forest officials in the presence of Dasara elephants including Howdah-elephant, Nishane and Kumki elephants. All the 24 Horses, Camels, Police Band, DAR troops, Home Guards, Police cavalry took part. A team of Police personnel attached to the CAR operated cannons and gave 21 gun salutes.

A raised platform was set up to train Dasara jumbos by creating a scene of the D-day at Palace on Oct.19. On that day, caparisoned elephants, led by Howdah-bearer Arjuna, will go near the dais where CM H.D. Kumaraswamy will offer Pushparchane to the presiding deity to herald the beginning of the Vijayadashami procession. Another round of rehearsal will be held tomorrow.

DAR DCP B.V Kittur performed Pushparchane today. DCF Sidramappa Chalkapure was also present. It may be mentioned here that for the first time in the history of Mysuru Dasara, the Dist. Administration had organised Janapada Jatrotsava, similar to Jumboo Savari, on Sunday. 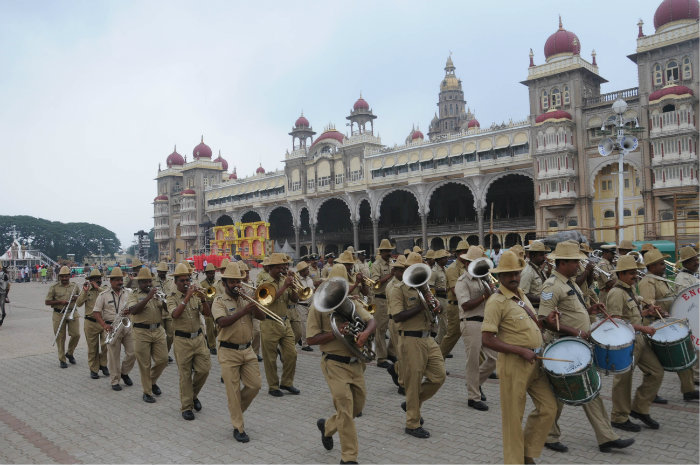