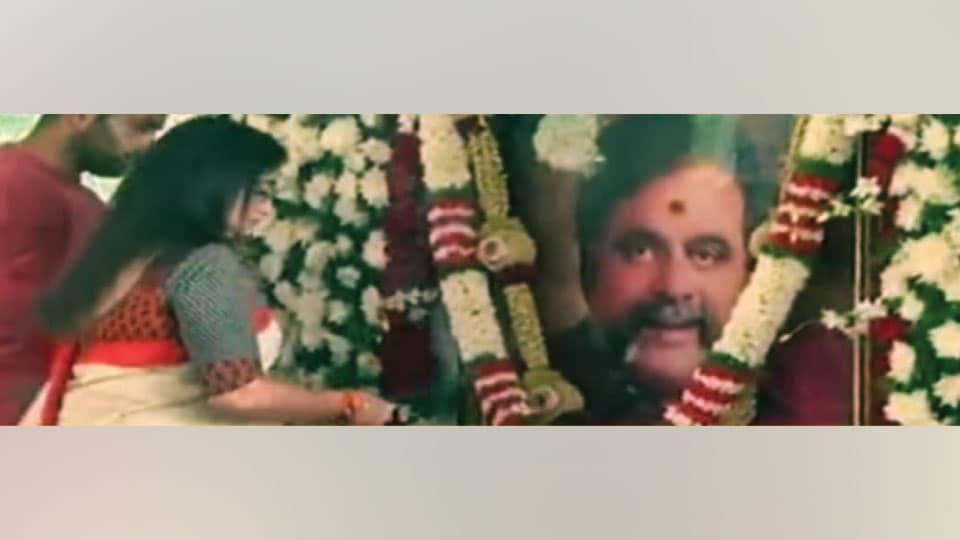 Mandya:  It has been six months today (May 24) since Rebel Star Ambarish passed away. His son Abhishek and wife Sumalatha, the newly-elected MP from Mandya, visited his grave at the Kanteerava Studios, off Bengaluru-Pune National Highway, this morning  to pay their respects.

His grave was decorated with flowers. Some of Ambarish’s favourite food such as idli, dosa, chicken, mutton, akki roti, kesari bath and more delicacies were placed for the late actor during the puja.