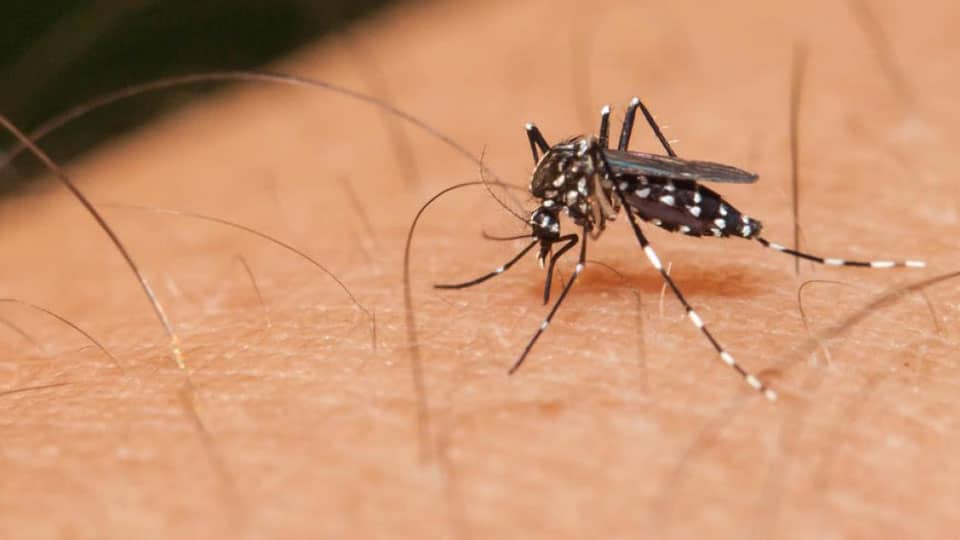 Surveillance on to control Dengue

Mysore/Mysuru: While rains bring a pleasant break from hot days, they also can lead to an outbreak of dengue. Amidst another spike in COVID-19 cases, there is a gradual fear spreading among the public about dengue. The Health Department has asked the people to be wary of a possible dengue outbreak, especially in semi-urban areas.

An average of 30 to 40 dengue cases are being reported in Mysuru district since November 2021 every month and there has been no rapid increase in the cases. A total of 177 cases have been reported from January 2022 to June 10 and the Health Department said that the cases have not reached alarming proportions but precautions are mandatory. Six cases of chikungunya have been reported during the same period.

According to a study, the most common serotype is DENV-2, which can cause difficulties in people with comorbidities. Dengue fever transmission is seasonal, with increasing activity during the monsoon season (June to August) and the largest number of cases documented in July. However, unseasonal rains have resulted in the outbreak of dengue fever. The infrastructure of cities makes them more prone to water-logging during the rainy season than others. And this rainwater accumulation and subsequent breeding of mosquitoes in that water are almost inevitable.

“Some of the areas that are vulnerable in the city limits are in the Narasimharaja constituency and certain localities in Kuvempunagar, Dattagalli and Saraswathipuram. We have increased surveillance and campaigns are on to eliminate the sources of mosquito breeding,” he said.

“Monsoon season supports the widespread proliferation of the Aedes aegypti mosquito, which is a vector for dengue, chikungunya and zikavírus disease. We are intensifying the routine surveillance and source reduction activities in rural areas by ASHA workers and health assistants. The fortnightly source reduction activity in urban wards is also being taken up on a war-footing mode with strict monitoring and supervision,”  he said.

Instructions have been issued to city, taluk and village-level officers to ensure effective disposal of solid waste that will help prevent mosquito breeding. All Government and private office buildings including commercial establishments should be inspected for the Aedes aegypti mosquito breeding, he added.

“We are also employing the services of teachers to create awareness about adopting personal protection measures and facilitate biological and chemical control at household, community and institutional levels. Hospitals and Primary Health Centres in Mysuru have been instructed to facilitate timely treatment of infected patients and ensure availability of necessary medicines and logistics such as adulticide and larvicide at all levels, up to village level,” Dr. Chidambara explained.

Dr. Chidambara also said that the Health Department has launched ‘100 days, 100 houses – Aedes aegypti-free’ campaign in the rural areas with the help of ASHA and health workers where attempts are made to make villages dengue-free. “Eradication of the breeding of  Aedes aegypti mosquitoes is a part of the campaign and it actively involves communities in dengue eradication,” he added.

What can we do to prevent the spread of dengue?

Avoiding mosquito bites is the best way to avoid contracting the disease. This comprises taking preventative measures and attempting to limit mosquito populations. Mosquitoes lay their eggs in water-holding containers, including buckets, bowls, animal dishes, flower pots and vases near standing water. It is best to keep stagnant water away from your home. And if you live in an area close to such a waterbody, mosquito repellents are recommended.

READ ALSO  Protection against Dengue: Anganawadi Centres in District to get mosquito nets

How to deal with dengue?

The first step would be to note your symptoms. High fever, extensive headaches, body aches, fatigue, nausea, vomiting and emergence of skin rashes are some common indicators of dengue. People often take fever lightly, but if it persists, the patient must consult a doctor.

While there is no treatment or vaccination for dengue fever, timely medical supervision can prevent any fatalities. Upon diagnosis, a high fluid diet should be taken along with medication.