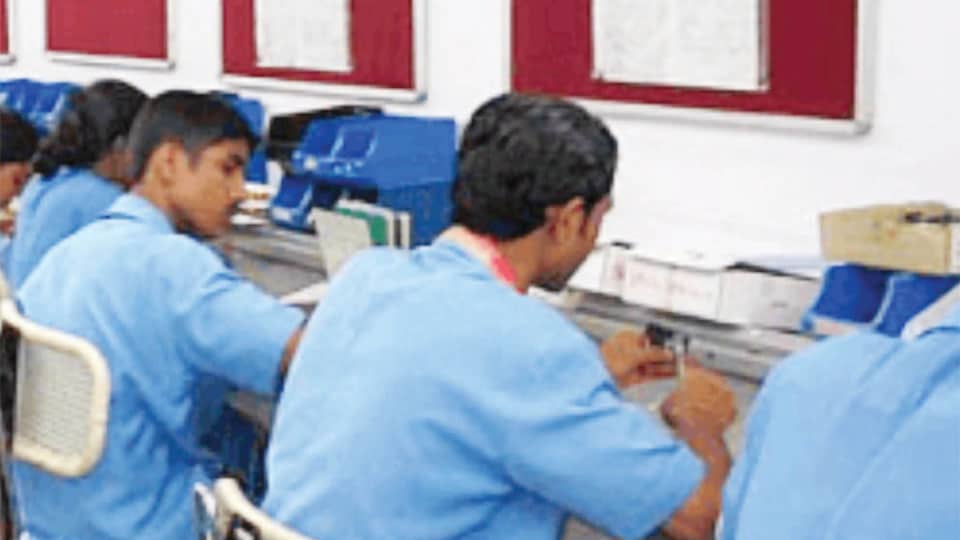 At a fund-raising dinner for a school that serves children with learning disability, the father of one of the students delivered a speech that would never be forgotten by all who attended. He started by first extolling the school and its dedicated staff, and as he came to the end of his speech, he  asked a question.

The audience was stilled by the question.

The father continues, I believe  that when a child like Shay, who was mentally and physically disabled comes into the world, an opportunity to realise the true human nature presents itself  and it comes in the way other people treat that child. He then went on to tell a story :

Shay and I  had walked past a park where some boys Shay knew were playing baseball. Shay asked “Do you think that they will let me play?” I  knew that most of the boys would not want someone like Shay on their team but as a father I also understood that if my son were allowed to play, it would give him a much needed sense of belonging and some confidence to be accepted by others in spite of his handicap.

I approached one of the boys on the field and asked, if Shay could play. The boy looked around, talked with his friends and said, “we are losing by six runs and the game is in the eighth innings. I guess he can be in our team and we will try to put him in to bat in the ninth innings.

Shay struggled over to the team bench, with a broad smile, put on a team shirt. I watched with a small tear and warmth in my heart. In the bottom of the eighth innings, Shay’s team had scored a few runs but still behind the other competing team. In the bottom of the ninth innings, Shay’s team scored again. Now  with two outs and bases loaded, the potential winning run was on the base and Shay was scheduled to be next. At this juncture, do they let Shay bat and give away their chance to win the game?

READ ALSO  Is Life fair to all ?

Surprisingly, they asked Shay to bat. Shay did not know how to hold the bat properly and could not do it too because of his disability. However, as Shay stepped up to the plate, the pitcher, recognising that the other team was putting winning aside for this moment in Shay’s life, moved a few steps to lob the ball in softly so Shay could at least make contact.  As the pitch came, Shay swung at the ball and hit a slow ground ball right back to the pitcher. The game would be over if only the pitcher threw the ball back. The pitcher picked up the ball and threw it right over the head of all his team mates. The whole team continued this charade to ensure that Shay did his run. The crowds watching this charade also joined in and started shouting and encouraging Shay to run faster and complete the run.

Shay was cheered on as if he had  won the game for the team. He was lifted and paraded as a hero by his whole team, cheered by the opposite team too. That day, said the father, the boys from both teams helped bring a piece of true love and humanity into this world. Shay did not make it another summer. He died that winter having never forgotten being the hero.

As I was writing this story, I saw a similar story in our own Gujarat. A disabled boy was very keen on getting married. His father, a bus conductor by profession, conducted a full nakli marriage without a bride! Nearly 200 town people participated in the tamasha with full band, baaja and baaraat. The look of happiness on the groom’s face while dancing  was worth all the trouble.

In reality these  special children are abused, tortured and made fun of. But  in schools which have teachers who are sensitive and trained to handle such cases, there is no issue. But most of  our teachers themselves do not understand the special needs of these children which results in these children getting ragged.

I remember one of my niece staying abroad, with a hearing disability, used to hate coming to India on holidays. Those days the ear hearing aids were comparatively big. Every Tom, Dick and Harry would stop her and ask insensitive questions on her disability. “How long you have this problem? Can it be cured? Are you fully deaf or partially? How much does this hearing aid cost? Is it available in India?” Never ending questions. It is also a known fact that in India every one considers himself an expert doctor and offer all kinds of advices and treatments.

To conclude, what do these special children need, sympathy? no, what they require is better understanding. They hate the word “ayyo paapa.” Surprising but companies which have recruited specially-abled persons have reported that they have not lost their productivity. Yes, they may take some extra time for training, but once they are trained they perform any task as good as any other workman. A shining example is of our own “Kaynes Technology” in Mysuru, who have  recruited quite a large number of autistic persons as their employees. What is required is a sensitive mindset. A wise man once said, “Every society is judged by how it treats its least fortunate amongst them.”