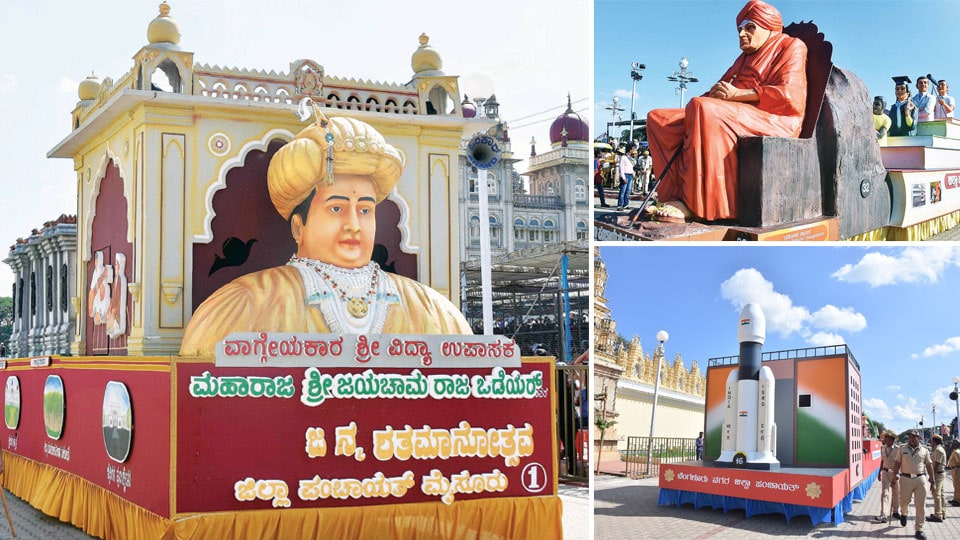 Mysuru: Visitors at Mysore Palace and people assembled throughout the Dasara Procession route were enlightened and educated about different culture and tradition, history, folklore, local attractions and also about various schemes and welfare programmes announced by both State and Central Governments through tableaux which were a part of Dasara Procession held yesterday. Not to forget, few of the tableaux also highlighted the flood damage and rescue operations as well.

Like every year, Zilla Panchayats (ZPs) of 30 districts of the State along with Department of Information and Public Relations, Airports Authority of India, Dasara Tableaux Sub-Committee and others presented their own tableaux highlighting their achievements.

Mysuru District Administration also had a tableau with the theme ‘Social Justice’ that highlighted the contributions and ideologies of Mahatma Gandhi and Dr. B.R. Ambedkar.

This year, the tableau of Belagavi ZP attracted a lot of attention as it highlighted the damage caused by the recent floods in the district. It portrayed the rescue operations conducted by National Disaster Response Force (NDRF) and other teams.