Home » News » Talakad Panchalinga Darshana to be a simple affair 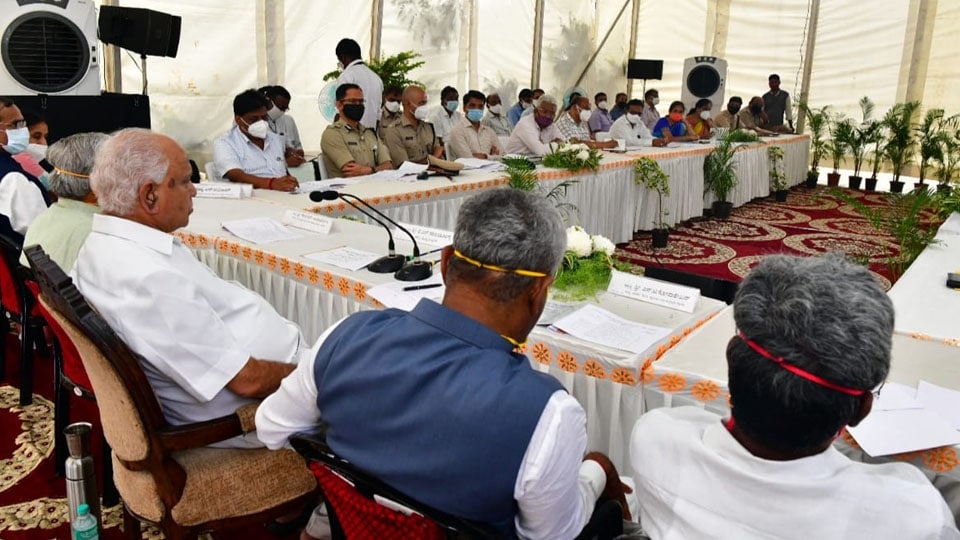 Talakad Panchalinga Darshana to be a simple affair

Mysuru: The  Panchalinga Darshana Mahotsava at Talakad in T. Narasipur taluk of Mysuru district will be celebrated in a simple and traditional manner this year in the wake of the pandemic.

At a preliminary meeting for the event chaired by Chief Minister B. S. Yediyurappa at Talakad yesterday, it was decided to allow only 1,000 persons for the event which commences on Dec. 10 and concludes on Dec.19. The actual Panchalinga Darshana is on Dec. 14.

The CM directed the officials concerned to take up emergency works immediately. Permanent works for the development of Talakad can be taken up later, he said. Deputy Chief Minister Govind Karjol directed PWD officials to undertake pothole-filling works from Friday itself.

District in-charge Minister S. T. Somashekar said the District Administration had estimated a budget of Rs. 2.2 crore for the celebrations and that it would be revised soon.