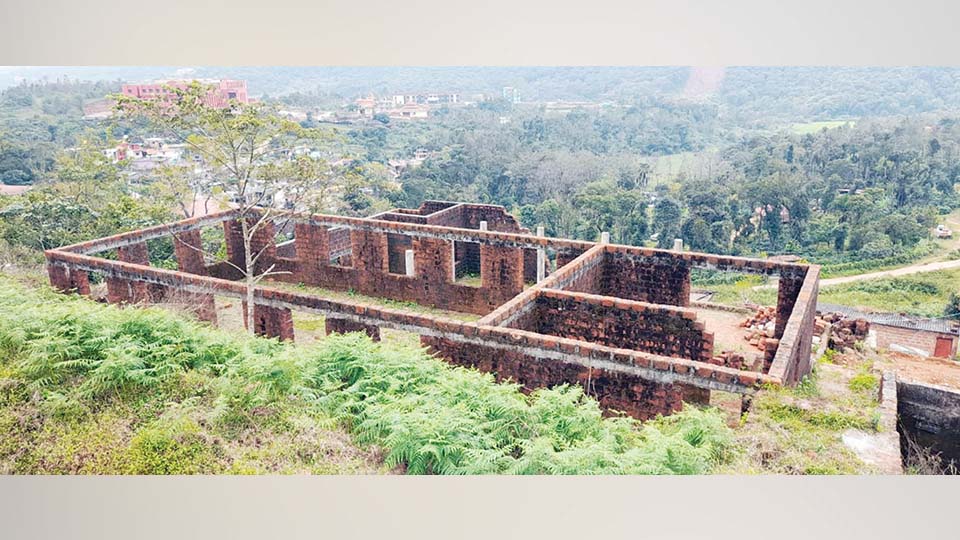 Madikeri:  With the works on the ambitious Kodava Heritage Centre coming up near Madikeri going on at a snail’s pace, former Minister M.C. Nanaiah has urged the Government to stop spending more money on the Heritage Centre construction works and to transfer the sanctioned funds to Federation of Kodava Samajas (a 31-member body) at Balugodu in Virajpet taluk or to entrust the monitoring works to Madikeri Kodava Samaja.

Speaking to Star of Mysore, Nanaiah said that former IAS Officer Rathi Vinay Jha, a native of Kodagu, who was a top officer with the Union Ministry of Tourism, implemented Kodava Heritage Centre project by sanctioning initial funds. But  the works failed to gain pace and had not been completed even after spending crores of rupees, he said.

Noting that more money was needed for the completion of the project, he wondered why the works have remained incomplete for as long as 15 years even after so much of spending.

Nanaiah lamented that only two small structures have come up at the site, which is utterly disappointing.

Asking the Government, district administration and the Tourism Department to have a relook at the works, he observed that the project can be completed only if the works are monitored by Madikeri Kodava Samaja.

Asserting that he had made this suggestion to the Government 15 years ago when the project was started, the former Minister urged the Government to also sanction funds for future developmental, expansion and maintenance works.

Highlighting that the Kodava Heritage Centre is exclusively meant for portraying Kodava practices and customs, culture, dress, armoury, marriages, festivals and the like, he said that it is more apt that Kodava Samaja run the centre, rather  than the Government or Tourism Department.