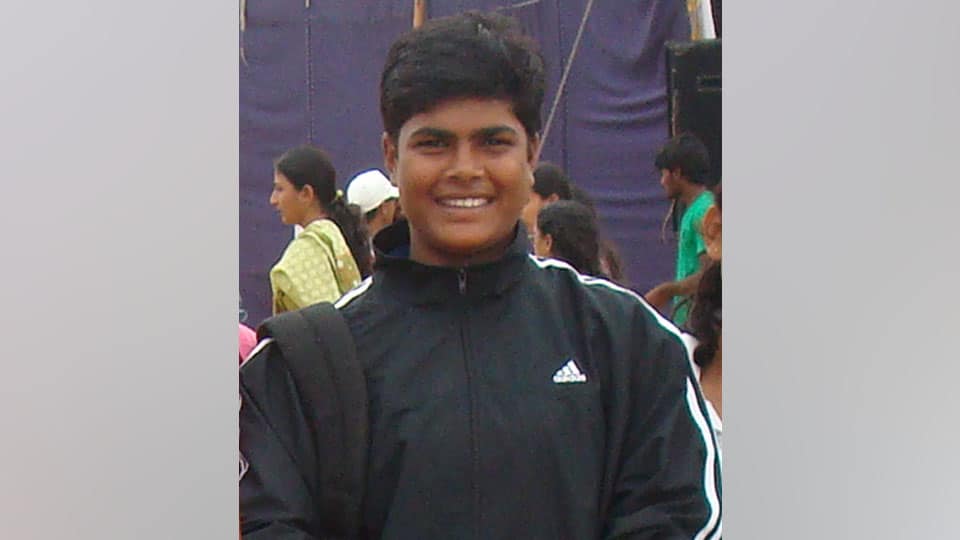 Athletics is the mother of all sporting events in the world sporting scene. Our city’s athlete P.S. Uma, a former Sports Hostel trainee, did everyone proud by winning the Shot-Put bronze medal in the 22nd Federation Cup National Senior Athletic Championships 2017-18 held at Patiala recently. She threw the Shot-Put to a distance of 14.66m to bag the bronze medal in the women’s section. She is our ‘Star This Week.’

Uma has represented the Karnataka in the Senior Nationals, Federation Cup and has been performing consistently in the National circuit.  She had a good 2015, as she emerged in the National scene with some excellent performances in the South-Zone Junior Athletics Championships at Kakinada where she threw the put to a distance of 13.27m to bag the gold. In the Federation Cup at Hyderabad, Uma raised her personal best and threw the putto a distance of 13.92m.

Alumnus of Teresian College for Women in Mysuru, Uma is coached by Vasanth Kumar, National athletic coach at DYES, Mysuru. She had also trained under International athlete and SAK coach Damodar Gowda.

Encouraged by her parents, Sannaiah and Sannathayamma of Periyapatna, Uma joined DYES, five years back and took to sport seriously and has been making a speedy progress since then.