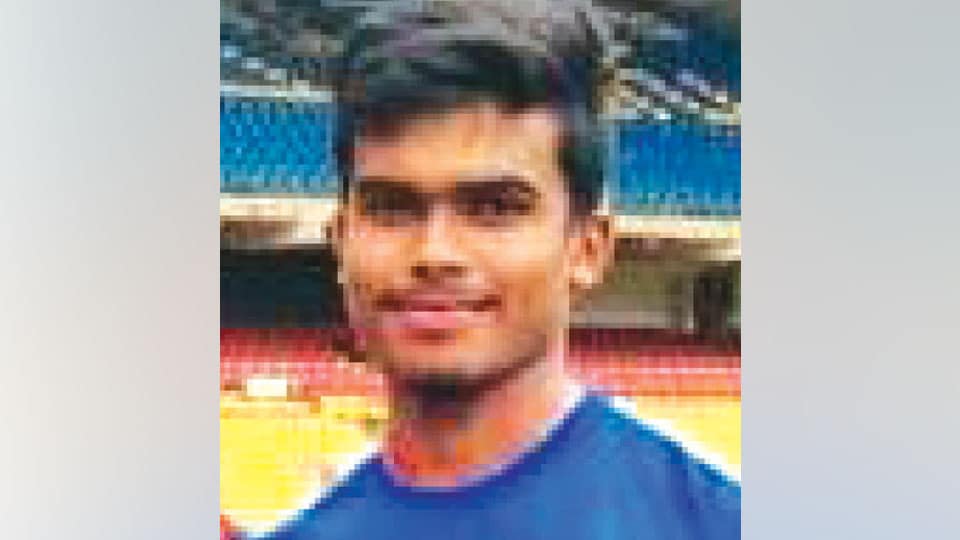 Cricket is a very popular game in our country and many youngsters have taken up cricket as their career. Mysuru also has its share of producing talented cricketers who have gone on to represent the State and the country. Mysuru city’s talented cricketer K. Shashank, who represented University of Mysore (UoM) in the All India Rohinton Baria Trophy Inter-University Cricket Tournament (2018-19), excelled with the ball for his team and helped them to clinch the Runner-up Trophy.

A lanky fast bowler Shashank took three for 40 in the final against Guru Nanak Dev University and excelled through-out the Tournament and emerged the highest wicket-taker for UoM. He is our ‘Star This Week.’

Shashank impressed with this consistent performance and took two for 31 in the semi-finals against VBS PU, Jaunpur, which UoM won by 28-runs. In the quarter-finals, Shashank took four for 30 against Ravenshaw Rohtak University and helped UoM to register a 83-run win.

This excellent performance of Shashank and other team-mates led by Madan enabled UoM to finish runner-up in the Rohinton Baria Trophy. The last time the UoM won the title was in 1961-62. In 2004-05, UoM finished fourth.

He represents BEML Ltd., Mysuru, in the Group-II matches as a guest player for the last three years. He has attended the KSCA-Jeff Thomson IDBI fast bowlers camp and has gained valuable experience.

Encouraged by the KSCA Mysuru Zone, UoM Coach Dr. Mansoor Ahmed and his Club RBNCC, Shashank has the talent in him to make it to the higher league in the days to come.