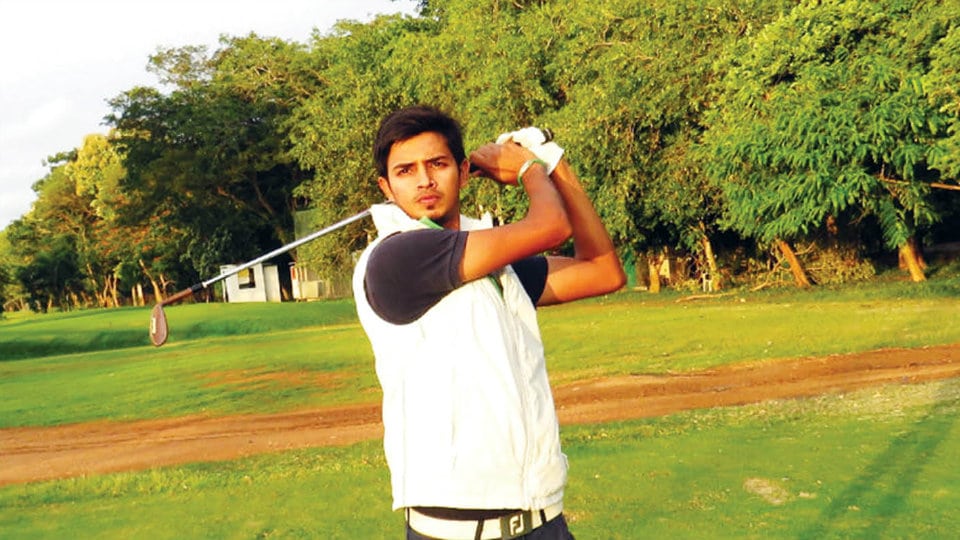 Golf is a sport that attracts more players than any other outdoor sport — one of the reasons is the beautiful surroundings and the pleasure of being on the course to share this experience amongst friends and nature. To be able to perform successfully on such a playing field demands the ability to analyse and adjust to variable elements as well as the risk-reward factor, altogether making the game so rewarding or, so humbling. The game is played and patronised in Mysuru at the Jayachamaraja Wadiyar Golf Course and the JWGC has played a big part in producing talented golfers in different levels from time to time with their development programmes. One such product from JWGC is talented golfer I.L. Aalaap.

Aalaap is a professional golfer from Mysuru and recently taking part in the 2019 PGTI Players Golf Championship at Ahmadebad, performed well and returned with a four-day aggregate score of five-over-293 and fared well. He is our ‘Star This Week.’

In the first PGTI Tournament of the year, for which he qualified by playing the Final qualifying School Tournament, Aalaap fared well in the Rs.40 lakh Golconda Masters Golf Championship 2019 powered by Telangana Tourism and Incredible India on Feb.10.

Aalaap earned his full card for the 2019 PGTI season by virtue of his good performance in this tourney.