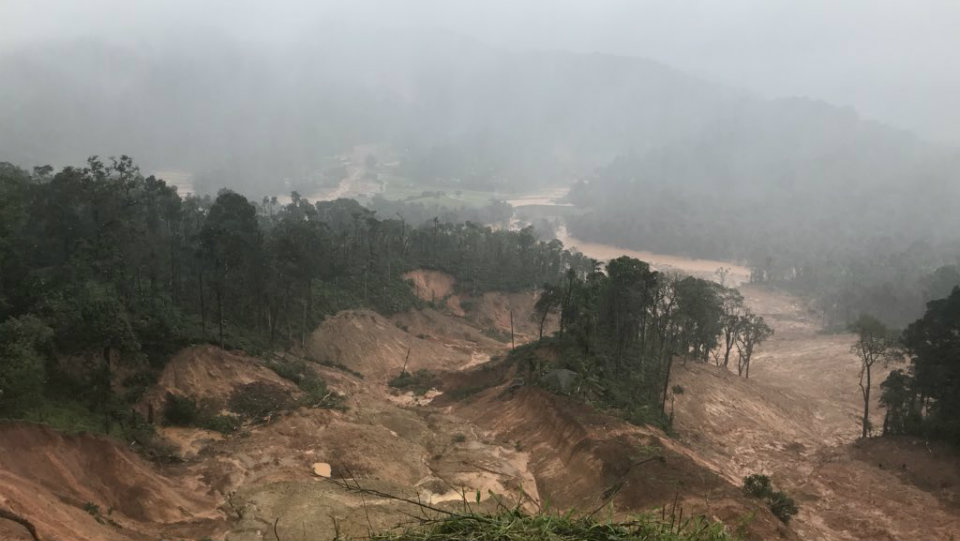 Over the past few days people living in some parts of our country have been going through a nightmarish flood situation due to the unusually heavy rainfall this year’s monsoon has brought. Vast tracts of land have been inundated and lakhs of displaced people are living with their young and old in make-shift shelters, braving the elements. More than a hundred lives have already been lost. Those of us living in the relatively unaffected and thus safer areas too are much distressed by reading reports and seeing visuals of the plight of all those who are affected by nature’s fury in our immediate neighbourhood.

There are warnings from the IMD of the heavy rain continuing for some more days and if these come true we are likely to see it inflicting greater and more widespread pain and suffering. Our most determined disaster relief measures too can only be of limited help due to the logistic limitations of moving men and machines across hostile terrain to evacuate the affected. Just the presence of teams of highly trained personnel with high-tech equipment at their disposal does not help much.

Natural disasters like floods and earthquakes can sometimes be so bizarre in their magnitude that they far exceed our imagination. Let us take the example of what the Tsunami did to all the areas that it touched. No one had thought that a natural disaster like it could ever happen and so no one was prepared for it. And when it struck us like the proverbial bolt from the blue it left the biggest trail of destruction and sorrow that mankind had ever seen. The more recent Kedarnath floods too were the worst of their kind both in their magnitude and in the destruction that they were able to inflict largely because humans had chosen to dwell in the wrong places.

So, like in a disease epidemic, the doctrine of ‘prevention being better than a cure’ should apply to all potentially destructive natural phenomena too. But since we have largely been going through decades of deficient rainfall, with floods being more of an exception than the rule, thanks to the climate change, we have developed a complacent attitude in preventing flood damage. We wake up to the frightening reality of what floods can do only when the flood waters are at our doorstep or actually indoors!

When we see visuals of flood waters having inundated entire localities that are a part of many riverside towns and villages the first question that comes to mind is why people dwelling there were given permission by the authorities to build houses in such unsafe areas. When all our States have more than a century-old official records of the highest flood levels that we have experienced from time to time, why do we now see people dwelling in permanent houses that they have been allowed to build with government sanction in such potentially unsafe areas on riversides? Could we not have earmarked ‘no build’ zones in all the high flood level areas abutting all our rivers especially in our flat lands where rivers in spate quickly overflow their banks?

There was a time in my childhood when I have seen high flood water warning marks being painted in red on all roadside trees, bridges, bathing ghats and even riverside buildings like temples after every annual flood. I have seen the walls of the imposing colonial-style Nanjangud and Srirangapatna Travellers’ Bungalows too bearing such marks. Today this practice has been completely abandoned. During times of very heavy flooding the authorities used to even erect stone pillars marked with the high flood level and the year of its occurrence. Such pillars could be seen near the temple in Nanjangud until very recently when they were uprooted during the road widening and development work that have been done there.

If you are curious enough like me you can still see two such pillars at the Ramadevara Katte Travellers’ Bungalow on the banks of the Hemavathi River, a little off the Holenarasipura-Hassan Road. This tiny cottage-like British era building overlooks the river where it spills over an ‘Anicut’ built during the pre-British era! I am able to talk about this quaint place because in the days of my childhood this was our family’s favourite rest-stop during our drive from our estate in Chikmagalur to Mysore.  We used to stop and rest in this ‘Bungalow’ for an hour or so to have our lunch from a hamper that we used carry and after lunch I would sit on the stone parapet of the spillway dangling my feet and watching in endless fascination the cormorants, ducks and dabchicks that abounded in the place!

My greatest desire then was to buy some land and build a house overlooking the expanse of the still waters, a dream that remains unfulfilled to this day simply because I do not know where to start. I say this because I have had these dreams of building dream houses at every idyllic spot that I have visited since my childhood and which I still visit!

Coming back to the grim reality of the tragedy that is unfolding this year in neighbouring Kerala and thankfully to a lesser level in parts of our own State, I feel that it should be an eye-opener for our authorities and it should result in some concrete and effective preventive action for the coming years. We do already have rules and guidelines to ensure the safety of citizens by preventing them from building dwelling houses and commercial establishments in flood-prone areas. But what needs to be done is to ensure that they are implemented in letter and spirit. All structures now standing on these areas should be mercilessly pulled down after evicting their occupants in the interests of their own safety.

Most importantly, when it comes to these illegally built-up areas the government should not be allowed to play its dirty magic trick of converting anything and everything illegal into the legal with a wave of its ‘Akrama-Sakrama’ wand! It should be understood that human lives are at risk here and they need to be protected by concrete action. Just collecting fines and penalties for wrongdoing is not going to do this job of saving lives!