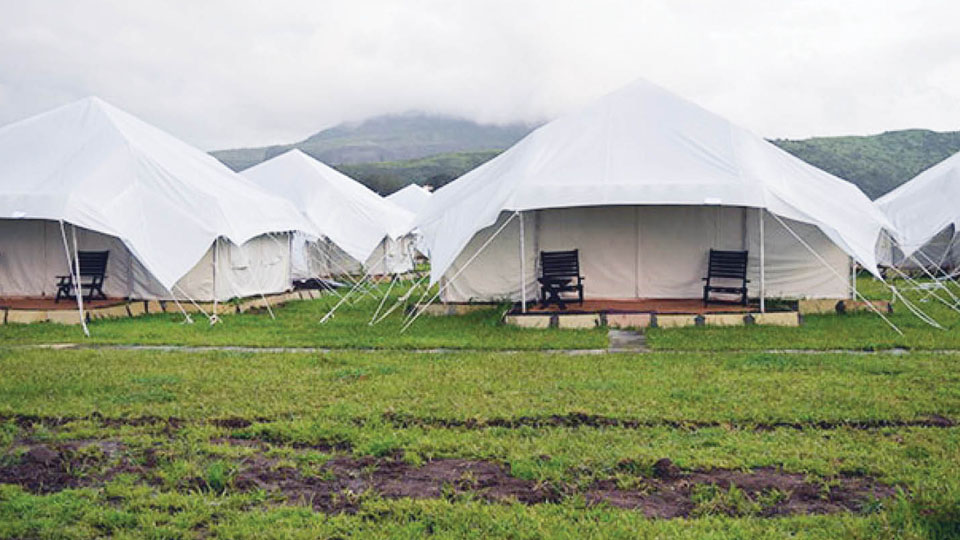 Hundreds of illuminated tents to be pitched in front of Lalitha Mahal Palace this Dasara, says Tourism Minister

Mysuru: The Heritage City of Mysuru will soon be counted among the most sought-after places for ‘Tent Tourism’ in India as the State Government has plans to develop such tourism in Mysuru in front of the iconic Lalitha Mahal Palace. An action plan is being prepared and the government intends to implement it by this Dasara.

The government move comes in the wake of growing awareness of and increasing demand for eco and adventure tourism where tourists prefer staying in tents instead of holidaying in permanent concrete structures. Tent Tourism will be implemented in city on the lines of ‘Rann Utsav’ in Gujarat where a tent city is established in the heart of the Kutch District — The Rann of Kutch — during the festival.

Speaking to Star of Mysore this morning, Minister for Tourism S.R. Mahesh said that over 50 acres of government land in front of Lalitha Mahal Palace Hotel will be utilised for Tent Tourism. “Tents will be put up to be rented out to tourists to give them a new experience. Apart from regular destinations like Zoo, Chamundi Hill, KRS, Tent Tourism will give a different experience to tourists so that they can spend time in the open air, gazing at the stars,” he said. 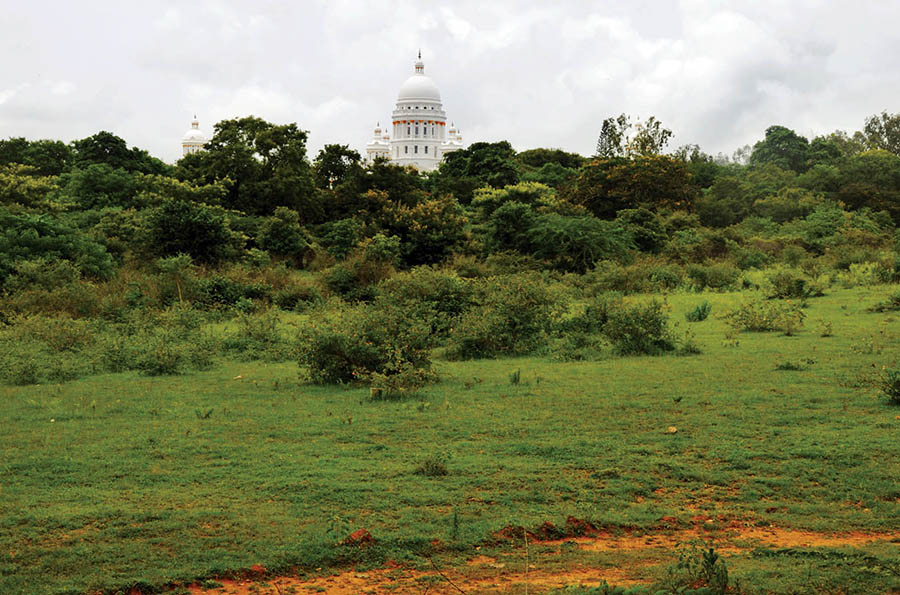 The tents will be pitched in the vacant land in front of Lalitha Mahal Palace Hotel in Mysuru.

Tent Tourism will also make tourists stay put in Mysuru at least for a couple of days instead of using the city as a transit point to reach other tourist destinations like Ooty, Kodagu and Chikkamagalur, the Minister said.

Nearly 40 lakh tourists visit Mysuru annually. But most of them come on a day trip and do not stay in the city as they do not see beyond Mysore Palace, Sri Chamarajendra Zoological Gardens and Brindavan Gardens. “We want the tourists to stay in Mysuru for a day or two,” he said.

“The area in front of Lalitha Mahal provides a beautiful view in the backdrop of the Palace and the Chamundi Hill and it will be a wonderful experience for the tourists with hundreds of illuminated tents. Food will be provided to the tourists and there will be 24/7 service,” he said.

“We will set up camp sites while ensuring adherence to quality, standards and safety norms,” the Minister added.

Among other attractions planned for this Dasara are ‘Open-Top’ buses on the lines of the ones that travel on the streets of London. “These buses will provide tourists and locals a glimpse of all the tourist destinations like Mysore Palace, Chamundi Hill, Zoo, Karanji Lake, Jaganmohan Palace, Cheluvamba Mansion, Jayalakshmi Vilas Mansion and other Palaces. The demand for such buses is a long-pending one and we will ensure that these buses will begin operating before Dasara,” the Minister said.