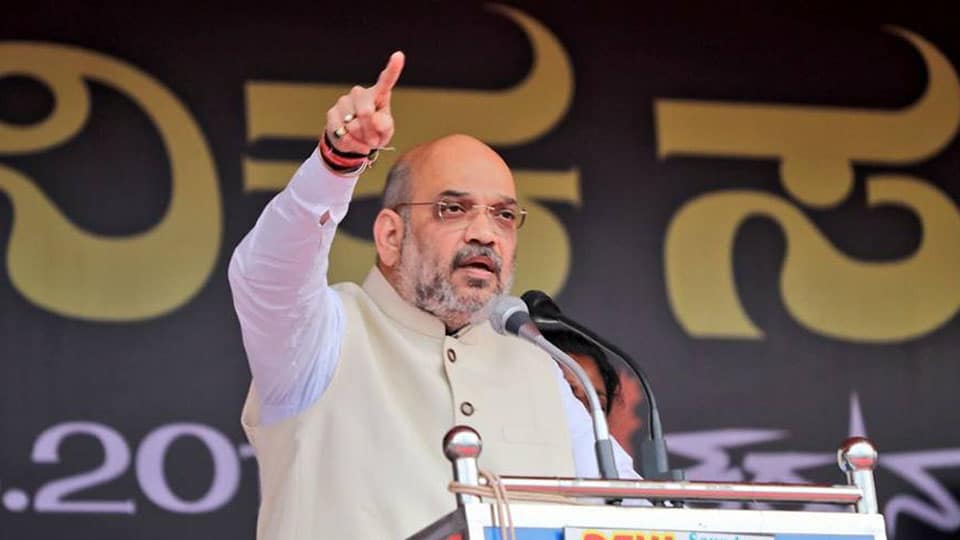 Power makes small people smaller.  When the wheel of history turned and BJP became the ruling party, many of its adherents saw India exclusively as Bharat, their inheritance to play with.  The tactically wise among them spoke in moderate terms even as they pushed their agenda forward.  Prime Minister Modi, for example, was a picture of moderation as he presented the most communal initiative of recent times — the Ram Janmabhoomi Teerth Kshetra for raising a Ram temple where Babri Masjid once stood.

In fact this initiative had less to do with Ram than with the Delhi voting three days ahead.  The BJP’s failure to get the support of Delhi citizens has been a humiliation for the party, especially for strategists like Amit Shah.  That citizens of the Capital of India should vote the Aam Aadmi Party (AAP) into power is a mortification the Modi-Shah Party cannot accept. Surveys point to the AAP as the favourite again this time, for their record has been good while the BJP’s campaign has been divisive.  But don’t underestimate Amit Shah, a master of surprises.

Lesser men, too, are capable of surprises.  There is a haughtiness and challenge-me-if-you-can attitude among the more abrasive among them. Some of them are so inconsequential that they make their presence felt by expressing extremist ideas.  Anant Kumar Hegde of coastal Karnataka is typical of this class.  A man with nothing to show by way of service to the country, he draws attention by expressing weird views. In his latest attempt to cover ignorance with impudence, he said Mahatma Gandhi was an agent of imperialist Britain and that India’s freedom struggle was a “staged drama.”  Even BJP leaders felt ashamed.

In the BJP hierarchy, Prahlad Joshi is way above Anant Kumar Hegde. He is a Minister but even that tag of responsibility did not stop him from saying that BJP leaders were the real bhakts of Gandhi, that pretenders like Sonia and Rahul Gandhi were false followers.

That’s hardly a tribute to the Mahatma because the BJP is far removed from Gandhi’s core teachings.  Gandhi is but a marginal convenience for the BJP to take advantage of — like using his old-fashioned spectacle frame as a motif for the Swachh Bharat Mission.  Another BJP luminary, Parvesh Verma, was penalised by the Election Commission for extremist declamations. But he appeared to have nothing but contempt for things like Election Commission. He was proud that he told the people something no one else had told them.  He said those who were protesting against the CAA at Shaheen Bagh would break into people’s homes, rape and murder their sisters and daughters.

Parvesh Verma was not the only patriot penalised by the Election Commission. Even Honourable Minister Anurag Thakur was banned for 72 hours from campaigning in Delhi.  These  short-term punishments mean nothing of course, especially when BJP VIPs have their own ways of ignoring them. While the EC is toothless these days, the Vermas and Thakurs of the BJP flaunt tiger teeth that sprouted from sheer patriotism.

This explains incidents that a civilised country would feel ashamed about.  A BJP MLA named Nand Kishor Gurjar asked a Government Officer to close all Muslim hotels in Loni, a town in Ghaziabad district of UP. The officer said he was not in a position to do so.  Gurjar called the man to his office and beat him up. The officer had no recourse but to take the “punishment” lying down.

South Indians take pride in their belief that they are more tolerant than UP-Biharwallahs.  Yet, a Bangalore MP, Tejasvi Surya, had no problem betraying an unusual kind of social intolerance. His condemnation of “namby-pamby secularism” was fine. But it was quite a different thing when he went on to mock the working class as “puncturewallahs” and “illiterates.”  It showed an immaturity and a class arrogance that exposed him rather than the puncturewallahs who make an honest living.

Surya’s coarseness is sadder because his predecessor was the late Union Minister Ananth Kumar, an enlightened BJP leader who had the courtesy to respect even his opponents.  On his demise, the Party should have given the seat to his wife Tejaswini, a social worker and activist in her own right.

What does a Party gain by sidelining its credible members and promoting untested talent that is too impatient to learn?  More than 400 million Indians are workers, puncturewallah types. Around 290 million are illiterate. Not even the most conceited politician from the haughtiest Party can survive without the votes of these namby-pamby workers and illiterates.