Home » Feature Articles » The Day War was Declared on Coorg 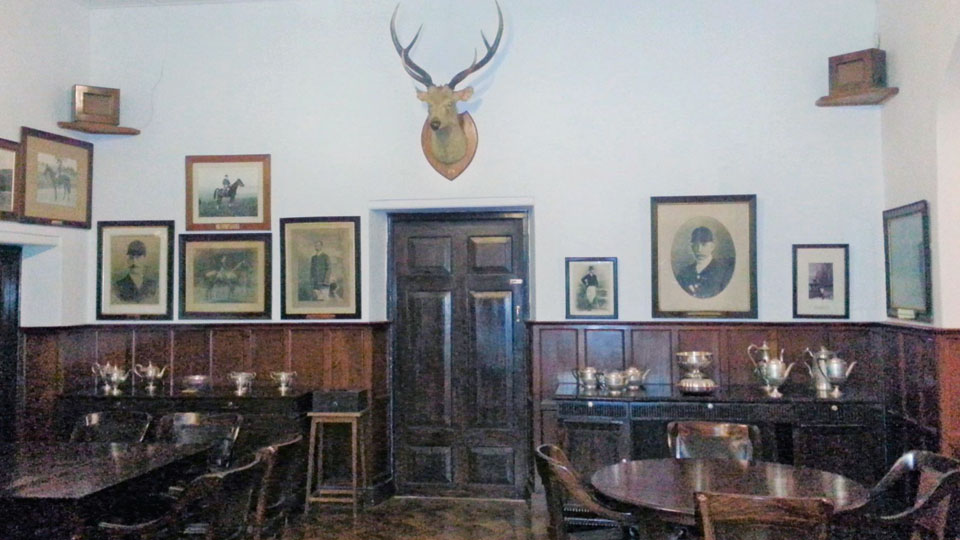 The Day War was Declared on Coorg

Courtesy our friends Pemmanda Jepu and Jemy Ganapathy, we spent four wonderful days at the Ooty Club, a place steeped in colonial history. The trophies, the silverware, the honour lists and the photographs of the ‘Masters of the Fox Hunt’ date back to early 1840s.

During our stay, I got an opportunity to read a well-documented book titled ‘Ootacamund – A History,’ written by Sir Frederick Price in 1908, which is otherwise kept in the safe locker. Only two copies of this book exist. I was particularly interested in the visit of Governor-General Lord Dalhousie to Ooty in 1856, few details of which I had gathered while writing about Victoria Gowramma.  However, what I stumbled upon was even more interesting — Governor-General William Bentinck’s journey to Bangalore, Mysore and Ooty in 1834.  This trip was primarily to coordinate the attack on the ‘problematic’ Raja of Coorg: Chikka Veerarajendra.

Chikka Veerarajendra and the East India Company were at loggerheads since 1830. Governor-General William Bentinck, who was more interested in reforming India than in annexing new territories, had to finally deal with the Raja of  Coorg who had dared the British by keeping in custody one of their emissaries — Kullapalli Karunakaran Menon.

A frontal view of the Ooty Club, which was originally Sir William Rambold’s Large House.

Lord William Bentinck set out from Calcutta on 3rd February 1834 on board the Curacoa to Madras. Bentinck reached Madras on 15th February 1834 and journeyed to Bangalore via Vellore. Travel those days was by horse carriages, bullock carts, palanquins and on horseback, with frequent camping en route.

He wanted first-hand assessment of the situation in Coorg, and for this purpose, the Commander-in-Chief Sir Robert O’Callaghan was in attendance.  Strategies on military action against Coorg were finalised in consultations with Sir Robert O’Callaghan while at Bangalore. The Governor-General also had administrative issues concerning Mysore to be discussed.  The reason for him to visit Ooty for an extended stay was to improve his rather poor health.

READ ALSO  Women of Udupi and Kodagu prone to anaemia

Lord Bentinck stopped over in Mysore and was put-up at the precursor to the Rajendra Vilas Palace atop Chamundi Hill, which was originally built by Robert H. Cole who was the earlier British Resident at Mysore (1811-1827).  Bentinck set out for Ooty and it was while camping at Gundlupet on 15th March 1834 that he officially declared war on Coorg. Col. James Stuart Fraser was in overall command. Coorg was encircled from three fronts. Chikka Veerarajendra surrendered on 10th April 1834 and Coorg was annexed by the East India Company.  Incidentally, Coorg was the only province to be added to the John Company during William Bentinck’s tenure, for which he came under criticism back home in England. 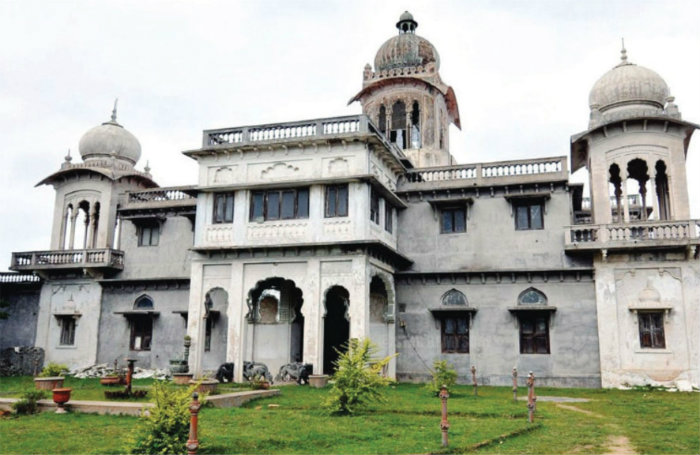 Lord Bentinck’s entourage reached Ooty on 22nd March.  At Ooty the only suitable accommodation for the Governor-General and his staff was ‘Sir William Rambold’s Large House.’ It was a grand hotel built in 1832 by an influential British entrepreneur named William Rambold. However, Rambold soon ran into financial difficulties. The hotel was frequently rented for extended periods of time by senior officers of the East India Company. It was in 1842 that ‘Rambold’s Large House’ became the Ootacamund Club, or the Ooty Club.  During Lord Bentinck’s sojourn in Ooty, Lord Babington Macaulay arrived at the hill station on 25th June 1834. The Governor-General and Macaulay met each other for the first time at Rambold’s Large House. Macaulay chose a small cottage nearby where he lived for several months to draft the Indian Penal Code (IPC).

Governor-General Bentinck stayed on in Ooty till the end of September 1834.  On his return journey he again passed through Mysore and reached Bangalore on 9th October. He sailed aboard the Curacao on 26th October from Madras and reached Calcutta on 14th November 1834.

I checked on Lord Dalhousie’s sojourn in Ooty from 7th March 1855 to 29th October 1855. Dalhousie’s visit was also for health reasons, and he was due to retire soon.  However, he was not too comfortable in Ooty, and shifted to Kotagiri.

During Dalhousie’s stay in Nilgiris, one of his ADCs took permission to visit Coorg, where the ADC’s brother was a coffee planter. It was in 1852 that Dalhousie had reluctantly given permission to the ‘rascally Raja of Coorg’ to travel to England along with his daughter Gowramma.

The ADC, on his return, narrated an amusing incident to his boss. Coorg being a rather remote province, news from the outside world took time to percolate.  Very often, wild rumours floated amongst the small but growing community of British planters and officers. One such rumour was that the British and their allies had lost the Crimean War, and that Queen Victoria and her family had fled to India! However, Dalhousie who had had a temporary telegraph line installed at Nilgiris had already received the news that the British and their allies had in fact wrested Sevastopol from the Russians.

On his journey back to Calcutta, Dalhousie stopped over in Bangalore during early November 1855, and was the guest of Sir Mark Cubbon. Dalhousie narrated the ‘Coorg rumour’ to the British officers, much to their amusement.  After inspecting the troops, he formally announced the British victory at Sevastopol. Fast forward, 2014: Vladimir Putin has Crimea back in the Russian fold.

About the author: C. P. Belliappa, born in 1946, is a Chemical Engineer. Currently settled in Coorg, he is known for his writings on issues pertaining to Kodagu. Four of his books — Tale of A Tiger’s Tail & other Yarns from Coorg, Nuggets from Coorg History, Victoria Gowramma: The Lost Princess of Coorg, and Tongue of the Slip, have been published by Rupa Publications.